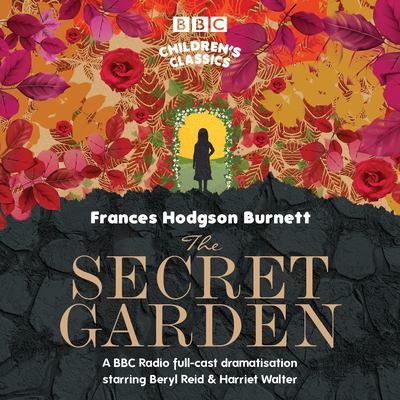 "The Secret Garden should be on every child's bookshelf."--Amanda Craig, The Time

An enchanting story of transformation and compassion, Frances Hodgson Burnett's The Secret Garden is widely considered to be one of the most important works of children's literature. After her parents die of cholera, Mary Lennox, a difficult and sickly little girl, is brought from India to her mysterious uncle's sprawling estate on the Yorkshire moors. Mary continues in her self-absorbed ways until one day she discovers a hidden and neglected garden adjoining her uncle's mansion. When she meets Ben Weatherstaff, a curt but gentle gardener, and discovers her hidden-away invalid cousin, Colin Craven, the three come together to tend the garden, and Mary's life--as well as the lives of those around her--begins to change in unforeseen ways.

This Modern Library Paperback Classic is set from the text of the first American edition published in 1911.

Praise for The Secret Garden

"It is only the exceptional author who can write a book about children with sufficient skill, charm, simplicity, and significance to make it acceptable to both young and old. Mrs. Burnett is one of the few thus gifted." -- The New York Times

Orphaned, ten-year-old Mary comes to live in a lonely house on the Yorkshire moors and discovers an invalid cousin and the mysteries of a locked garden.

K-Gr 3 Some stories should not be simplified, and The Secret Garden is one of them. While Howe has done an excellent job of adaptation, capturing important events and retaining the style of the original throughout, this is just not the Secret Garden that has lived for over 75 years to become a classic of children's literature. Reading the adapted version is rather like watching the videotape of a classic old movie like The Wizard of Oz on fast forward. Everything happens too fast. The exquisite characterization that made the fantastic changes in the sour orphan Mary Lennox, her fretful invalid cousin Colin, and his bitter father Archibald Craven seem possible, even logical, are lost. To simplify and shorten the story, two important characters, Ben Weatherstaff, the gardener, and Susan Sowerby, Colin's mother, have been omitted. The accompanying illustrations lack clarity, depth, and harmony. It would be a shame for children to replace the experience of the original with this Reader's Digest version. Constance A. Mellon, Department of Library & Information Studies, East Carolina University, Greenville, N.C. (c) Copyright 2010. Library Journals LLC, a wholly owned subsidiary of Media Source, Inc. No redistribution permitted.

Gr. 5-7, younger for reading aloud. A combination of full-color illustrations, gray-wash drawings, and small pen-and-ink chapter headings brings new life to a story that has been a favorite of several generations. Filled with detail and a decidedly Edwardian flavor, this handsomely designed offering about the girl who comes to live in a lonely house on the Yorkshire moors and discovers an invalid cousin and a mysterious garden is sure to entice children for years to come. BE. Orphans Fiction / Gardens Fiction / Physically handicapped Fiction / Yorkshire Fiction [CIP] 86-45534

The sixteen glossy illustrations that accompany the classic story are saccharine and lifeless. Printed back to back and distributed evenly throughout the book, the pictures are not placed near the text they illustrate. Better editions are available for young readers first meeting Mary, Colin, Dickon, and their secret garden. From HORN BOOK 1993, (c) Copyright 2010. The Horn Book, Inc., a wholly owned subsidiary of Media Source, Inc. No redistribution permitted.

As copyright expires, here are three ambitious new editions of the old favorite, first published in 1909, about a sour but spunky orphan from India who comes to a huge, servant-run house on the Yorkshire moors and, in finding the key to a long-locked walled garden, also finds the key to healthy growth for both herself and Colin, the manor's invalid heir. Burnett was a romantic, sometimes too sentimental for modern tastes, but this is her masterpiece; sharply characterized, with the appeal of the gloomy, treasure-filled mansion, the mystery of the plaintive child crying out in the night, and, best of all, the marvelous garden coming back to life in the spring as the children learn how to nurture it. The story is still deservedly popular, though it might take an adult willing to share it aloud to make it accessible to slower readers, who may find the bit of Yorkshire dialect and the leisurely length difficult. Best for the purpose is Godine's edition--though the margins are a little skimpy, the overall design is pleasing. Rust's watercolor illustrations, in both color and black-and-white, are plentiful without being intrusive, delicately capturing the emerging growth, Dickon's wild creatures, the children made more attractive (but not too pretty) by health; half-pages and decorative drawings supplement the full-pages and double-spreads, which sometimes surround text and bleed off the page, with the harmonious variety of the garden's luxuriant flowers. Hague's more formal full-page paintings are each confined within the same rectangle, balancing a more generously margined text (in smaller type). Typical Hague, the yellow tone suggests the age of the story; the children are solid and realistically unpretty; but despite the work lavished on detail, the colors are inappropriately muddy and the mannered forms fail to define a coherent space. Hague fanciers will probably be undeterred. As for Random's severely truncated rendition--the garden's magic has been pruned to the extent that there's little life left: not only the descriptions that have painted pictures in the imaginations of generations, but the music and humor of the original's conversations and some pungent characters, notably the old gardener, Ben Weatherstaff, have been purged. Allen's bold, nontraditional paintings are refreshing, but insufficient reason for purchase. Copyright ©Kirkus Reviews, used with permission.
More book reviews at iDreamBooks.com