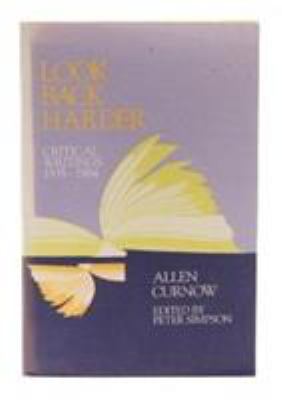 The collected critical writings of one of New Zealand's major poets and critics, covering half a century of his work. Of the thirty-eight items (reviews, essays, lectures, interviews, and letters) included, his controversial introductions to his anthologies of New Zealand verse are the best known. There are also incisive essays on Curnow's New Zealand contemporaries, and on writers from further afield, such as Olson and Thomas.

Selection of critical prose published between 1935 and 1984.