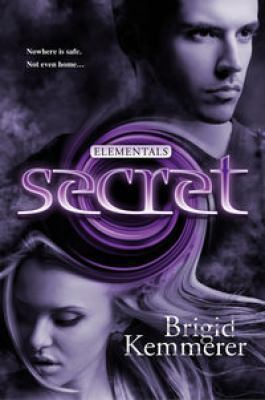 Earth. Fire. Air. Water. Nowhere is safe. Not even home... The fourth book in the thrilling Elementals series.

In this fourth full-length title in the Elementals series, multiple secrets come to a boil. Nick Merrick is trying to keep secret the fact that he is gay, despite falling hard for Adam. His fake girlfriend, Quinn, doesn't want anyone to know how terrible her home life has become, while Tyler, the archenemy of the Merricks and all the Elementals, has a secret of his own. All these secrets spawn numerous disasters. Newcomers to the series will find that none of it tracks very well, but readers looking for a gay romance may enjoy the play-by-play of each touch between Nick and Adam, sometimes tender, sometimes not. Frightened to go home, Quinn becomes attached to Tyler, providing an avenue for readers to understand his background and place in the intricate web that covers this town that's extraordinarily full of Elementals. The Guides, sworn to kill all Elementals, appear early on, and their ominous threat lurking in the background heightens suspense. On the last page, Kemmerer makes clear that more titles are forthcoming; as the protagonists age out of the high school setting, the near-total absence of most of the characters' parents will become less of a narrative quibble. As with previous titles, the heart of the story is the human condition, and the paranormal aspect is the side notea pleasing balance. (Paranormal romance. 12 up)]] Copyright Kirkus Reviews, used with permission.
More book reviews at iDreamBooks.com