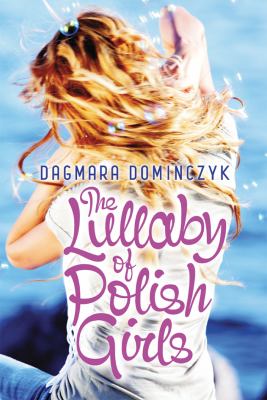 | Kielce (Poland) -- FictionGenre/Form: Large type books.Online resources: Click here to access online Summary: Anna and her parents, political dissidents, emigrate from Poland to the US. They settle in Brooklyn among immigrants of every stripe, yet Anna never quite feels that she belongs. The summer she turns twelve, she is sent back to Kielce to visit her grandmother, and develops intense friendships with two local girls - brash and beautiful Justyna and desperately awkward Kamila. Their bond is renewed every summer when Anna returns... Years later, when Justyna suffers a terrible tragedy, it's the perfect excuse for Anna to abandon her own crisis in New York and hurry back to Poland. But when she arrives in her hometown, the reunion does not turn out as expected. It's time to face the past - everything it promised, and everything it shattered.
Tags from this library: No tags from this library for this title. Log in to add tags.

Anna and her parents, political dissidents, emigrate from Poland to the US. They settle in Brooklyn among immigrants of every stripe, yet Anna never quite feels that she belongs. The summer she turns twelve, she is sent back to Kielce to visit her grandmother, and develops intense friendships with two local girls - brash and beautiful Justyna and desperately awkward Kamila. Their bond is renewed every summer when Anna returns... Years later, when Justyna suffers a terrible tragedy, it's the perfect excuse for Anna to abandon her own crisis in New York and hurry back to Poland. But when she arrives in her hometown, the reunion does not turn out as expected. It's time to face the past - everything it promised, and everything it shattered.

This compelling first novel by Polish American actress Dominczyk describes an immigrant family saga that is not unlike her own. The three main characters are girlfriends from their youth in Kielce, Poland, and the story is alternately told in all of their very different voices. Although each young woman has her own problems with life and love, they all struggle with the same issues of female and national identity. The narrative moves around seamlessly in both time and place, from Europe to Greenpoint, a Polish neighborhood in New York City's Brooklyn, and to the Midwest. The cast of characters is equally broad in scope, yet each one is richly imagined and, it would appear, pulled from real life. VERDICT It is easy to believe that the film rights to this cinematic story have already been sold. While its descriptions of emotions and dramatic events sometimes venture into soap opera territory, this debut is not to be missed. Recommended for fans of Gary Shteyngart (The Russian Debutante's Handbook) and other modern novels of the expatriate experience in America. [See Prepub Alert 12/7/12.]-Kate Gray, Worcester, MA (c) Copyright 2013. Library Journals LLC, a wholly owned subsidiary of Media Source, Inc. No redistribution permitted.

This gossipy, feisty debut by actress Dominczyk (The Good Wife; 24) follows a trio of friends across decades and the Iron Curtain, from Communist Poland to adulthood in the U.S. Thinking back on her adolescence, Anna Baran remembers how her immigrant parents sent her back to Poland to their hometown of Kielce every summer, where she, Justyna, and Kamila flirted with boys, ran around unsupervised, and heard each other's dearest confessions. Adulthood has proved disappointing for all of them: after a breakout performance, Anna's acting career has stalled, with her agent appealing to her to lose weight, while Kamila has left an unhappy marriage to live with her parents in Detroit and work as a nanny. When Anna, preparing to spend Thanksgiving in Brooklyn without her boyfriend, Ben, hears that Justyna has been left alone in Kielce with her young child after husband Pawel's murder, she decides she has no choice but to return. Alternating chapters sharing the characters' teenage exploits are fresh and revelatory, while their intense bond, complicated by petty slights and the discoveries of late-night conversations, enlivens the somewhat prosaic arcs of their present-day plight. Agent: Laura Nolan, Paradigm Talent Agency. (June) (c) Copyright PWxyz, LLC. All rights reserved.

*Starred Review* In this arresting debut novel, Polish American film and TV actress Dominczyk (Higher Ground, The Count of Monte Cristo, The Good Wife, Third Watch) pays homage to her native city of Kielce while capturing the joys, insecurities, and struggles of three girlfriends coming-of-age. Spanning 13 years, Dominczyk's absorbing story is a triptych of tesknota (Polish for a kind of yearning) and a profound desire for acceptance, freedom, and home. Anna, an actress and daughter of a Polish refugee, lives with her hipster fiance, Ben, in a cramped railroad apartment in Brooklyn. Anna and Ben are now just an argument waiting to happen. Her failing relationship, coupled with the recent news of her childhood friend's husband's murder and an untimely tough-love meeting with her agent, spurs the mercurial Anna to purchase a one-way ticket and escape to her babcia's home in Polska. Meanwhile, her girlfriend Kamila's been dealt a series of bad hands. Living with her oafish parents in a Polish enclave in Wyandotte, Michigan, and working as nanny to two bratty children, Kamila is reeling from the discovery that her husband is a closeted homosexual. Of Dominczyk's three young protagonists, Justyna is the most absorbing and provocative. During her teenage years, Justyna is hard-core, drinking, cussing and howling songs into the heavens like a Spice Girl, with her hips working overtime and every gesture oozing sexuality. Justyna looks boldly ahead, bidding farewell to the past and eagerly toasting the New Year with a wan smile and a wink. --Tuliao, Miriam Copyright 2010 Booklist

Three girls across two continents face issues of growing up, most particularly sexual relationships and the volatile nature of friendship. In 2002, Anna Baran is living in Brooklyn when she learns of the sudden and violent death of the husband of Justyna, a friend who still lives in Poland. The third friend in the triumvirate is Kamila, living in a Polish neighborhood in Wyandotte, Mich., and grateful to be separated from Emil, her Polish husband. (Kamila had always been a bit put off by Emil's reticence, but she's recently discovered his libido is directed toward other males rather than toward her.) Dominczyk then moves readers back to 1989, when Anna was almost 13 and visiting Poland for the second time. (Her father, Radoslaw, is a political migr who's not allowed to return to the mother country.) That summer remains memorable for Anna since she establishes contact with the girls who were the daughters of her mother's best friends, since she immediately falls in love with handsome Sebastian Tefilski, and since she's labeled a spoiled American. The narrative chronology continues to shift between Polish and American venues, as Anna eventually becomes a Hollywood film star, still visiting Poland in her time off. She also becomes romantically involved with Ben Taft and is seeking a way, either gracefully or not, to bring the relationship to a close. Anna, Justyna and Kamila grow from adolescence to womanhood with a shared intimacy, facing predictable problems (boys, distance) that intervene to sometimes weaken and sometimes strengthen their bonds. Dominczyk writes knowingly of the issues faced by first-generation Americans and their problematic ties to the home country.]] Copyright Kirkus Reviews, used with permission.
More book reviews at iDreamBooks.com