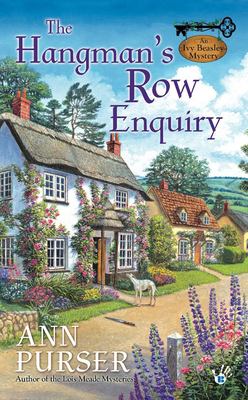 Ivy Beasley, the beloved cantankerous spinster from the Lois Meade mysteries, has found a silver lining in her golden years as an amateur sleuth. She teams up with Gus, a mysterious newcomer to the small English village of Barrington who can't resist a little excitement even as he strives to keep his past secret, and her own cousin - a widow with time on her hands and money in her purse. Together they're determined to solve the murder of Gus's elderly neighbour.

Cantankerous spinster Ivy Beasley finds a silver lining in her golden years as an amateur sleuth in her small English village of Barrington, teaming up with mysterious newcomer Gus and her own cousin to solve the murder of Gus's elderly neighbor.