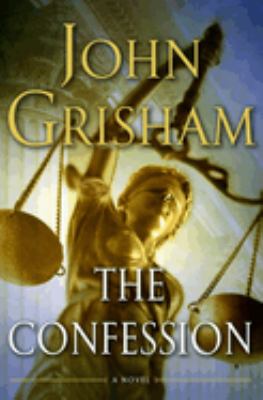 Genre/Form: Legal stories. | Suspense fiction.DDC classification: 813/.54 Summary: When Travis Boyette is paroled because of inoperable brain tumor, for the first time in his life, he decides to do the right thing and tell police about a crime he committed and another man is about to be executed for.
Tags from this library: No tags from this library for this title. Log in to add tags.
Fiction notes: Click to open in new window

An innocent man is about to be executed.

Only a guilty man can save him.

For every innocent man sent to prison, there is a guilty one left on the outside. He doesn't understand how the police and prosecutors got the wrong man, and he certainly doesn't care. He just can't believe his good luck. Time passes and he realizes that the mistake will not be corrected: the authorities believe in their case and are determined to get a conviction. He may even watch the trial of the person wrongly accused of his crime. He is relieved when the verdict is guilty. He laughs when the police and prosecutors congratulate themselves. He is content to allow an innocent person to go to prison, to serve hard time, even to be executed.

Travis Boyette is such a man. In 1998, in the small East Texas city of Sloan, he abducted, raped, and strangled a popular high school cheerleader. He buried her body so that it would never be found, then watched in amazement as police and prosecutors arrested and convicted Donté Drumm, a local football star, and marched him off to death row.

Now nine years have passed. Travis has just been paroled in Kansas for a different crime; Donté is four days away from his execution. Travis suffers from an inoperable brain tumor. For the first time in his miserable life, he decides to do what's right and confess.

But how can a guilty man convince lawyers, judges, and politicians that they're about to execute an innocent man?

When Travis Boyette is paroled because of inoperable brain tumor, for the first time in his life, he decides to do the right thing and tell police about a crime he committed and another man is about to be executed for.

Grisham's recent slump continues with another subpar effort whose plot and characters, none of whom are painted in shades of gray, aren't able to support an earnest protest against the death penalty. In 2007, almost on the eve of the execution of Donte Drumm, an African-American college football star, for the 1998 murder of a white cheerleader whose body was never found, Travis Boyette, a creepy multiple sex offender, confesses that he's guilty of the crime to Kansas minister Keith Schroeder. With Drumm's legal options dwindling fast and with the threat of civil unrest in his Texas hometown if the execution proceeds, Schroeder battles to convince Boyette to go public with the truth-and to persuade the condemned man's attorney that Boyette's story needs to be taken seriously. While the action progresses with a certain grim realism, Schroeder's superficial responses to the issues raised undercut the impact. As with The Appeal, the author's passionate views on serious flaws in the justice system don't translate well into fiction. (Oct.) © Copyright PWxyz, LLC. All rights reserved.
More book reviews at iDreamBooks.com