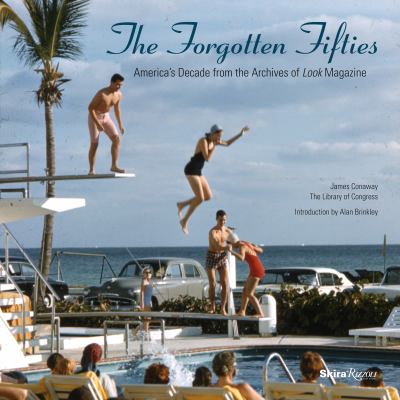 From the pages of Look, the magazine that defined the fifties, comes a photographic portrayal of the dynamic era that sparked a transformation in America's political and cultural identity. From the Red Scare incited by Joseph McCarthy to the election of John F. Kennedy as president in 1960, the 1950s heralded some of the most striking and clashing aspects of twentieth-century America: the Korean War and I Love Lucy; the Bunny Hop and Brown v. Board of Education; bikinis and UFOs; Disneyland and the polio vaccine; Elvis and Allen Ginsberg; the Invisible Man and Roman Holiday; Marilyn Monroe and Jackie Kennedy. The evocative images in this volume--many never before published--chart a contradictory decade, transcending what we have come to know as "the age of Ozzie and Harriet." Provocative and endearing, best-selling journalist James Conaway's entertaining and highly readable year-by-year survey will resonate with a generation that came of age in the 1950s but also prove compelling to younger audiences who identify with that hopeful yet uneasy epoch.