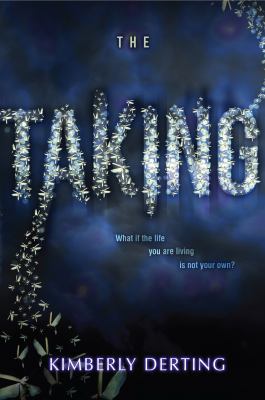 The Unbecoming of Mara Dyer meets The Fifth Wave in this chilling and explosive new series from author Kimberly Derting.

The last thing Kyra Agnew remembers is a flash of bright light. She awakes to discover that five whole years have passed. Everyone in her life has moved on--her parents are divorced, her boyfriend is in college and dating her best friend--but Kyra's still the sixteen-year-old she was when she vanished. She finds herself drawn to Tyler, her boyfriend's kid brother, despite her best efforts to ignore this growing attraction. In order to find out the truth, the two of them decide to retrace her steps from that fateful night. They discover that there are others who have been "taken," just like Kyra. But Kyra is the first person to have been returned past the forty-eight-hour taken mark. With a determined secret government agency after her, Kyra desperately tries to find an explanation and reclaim the life she once had . . . but what if the life she wants back is not her own?

Waking up after a five-year absence with no memory of what happened, softball player Kyra Agnew is astonished to realize that she did not age while she was missing and teams up with her former boyfriend's now-teenaged younger brother to figure out what happened.

Waking up after a five-year absence with no memory of what happened, softball player Kyra Agnew is astonished to realize that she did not age while she was missing and teams up with her former boyfriend's now-teenaged younger brother to figure out what happened.

After 16-year-old Kyra stalks off one night, there's a flash of light, and she awakens to discover that five years have passed without her in this engrossing paranormal romance. Kyra's conversational, occasionally sarcastic first-person voice redeems an otherwise slow first half as Derting dwells on Kyra's resentment of the changes that occurred in her absence, including the two-year-old half-brother she now has and her former boyfriend's new relationship. But Kyra finds a stubbornly loyal, supportive partner in her ex's younger brother, the nerdy, playful Tyler. Meanwhile, she tries to avoid the NSA agent stalking her. Encountering her pursuer, "I stammered, because sometimes when I was intimidated, I was smooth like that." Tension intensifies when Kyra learns she isn't the only one who's been "taken." Derting (The Pledge) turns a hoary alien-abduction conspiracy theory into an original and intriguing premise. Though it's difficult to suspend disbelief when no one explains to Kyra why she's dangerous until it's too late, any pacing problems disappear as the book hurtles toward a high-stakes finish, and a cliffhanger sets up the next installment of this trilogy. Ages 14-up. Agent: Laura Rennert, Andrea Brown Literary Agency. (Apr.) (c) Copyright PWxyz, LLC. All rights reserved.

Gr 8 Up-In this compulsively readable sci-fi novel, Kyra, 16, impulsively jumps from a car while arguing with her father and disappears in a burst of light. She wakes up with no memory of what happened. She thinks it's the next day, but is terrified to discover five years have passed and she hasn't aged a day. Her mother's remarried, her boyfriend Austin's in college and dating her best friend, and her fastidious father has become a drunken conspiracy theorist who believes she was abducted by aliens. The only comfort and support she gets is from Austin's little brother, Tyler, an extremely grown-up and very cute 17-year-old. Her father's theories don't seem that crazy as Kyra begins manifesting new physical abilities-she rarely feels tired or needs to eat and heals quickly. After several people whom she's come into close contact with die and sinister National Security Agency agents swarm her house wearing hazmat suits, the mysterious boy who helps her get away confirms her fears. Like him, Kyra is one of the Returned. She's more deadly to others, especially Tyler, than she ever imagined. Readers will sympathize with Kyra's predicament, although she's frequently self-centered and the story dwells too much on her and Tyler's mutual attraction. The characters' memory loss means there's no backstory about why they disappeared in the first place. Hopefully, that will be further explained in the next book in the projected trilogy. Nevertheless, the exciting plot zips along, leaving readers impatiently waiting for the next installment.-Sharon Rawlins, New Jersey State Library, Trenton (c) Copyright 2014. Library Journals LLC, a wholly owned subsidiary of Media Source, Inc. No redistribution permitted.

Kyra wakes up behind a Dumpster and doesn't know how she got there. Upon stumbling home, she discovers that home itself has changed. Her parents have split up, and her mother has a kid with her new husband. Her father, once a neatnik, is now an alcoholic obsessed with extraterrestrial theories concerning her disappearance. Wait, disappearance? Shocked, Kyra learns that it's five years later, yet she is wearing the same softball uniform that she wore in her last memory at age 16. Desperate, she turns to Tyler, her boyfriend's little brother who is now 17 and definitely attractive. As they try to find out what really happened to her, they learn that Kyra has powers and that there are others who have been taken and returned. What's more, the NSA wants them at all costs. Raising the questions of whether we are alone and who we can trust brings a timeless relevance to the story. Heart-stopping action and suspense combined with a budding romance make this book appealing to a wide range of readers.--Fredriksen, Jeanne Copyright 2014 Booklist

Sixteen-year-old Kyra returns five years after her mysterious disappearance and hasn't aged a day. When more superhuman capabilities emerge, she must surrender to the NSA or join the other Returned in hiding. Despite an entertaining premise and a tense reveal regarding Kyra's disappearance, an overbearing and unbelievable romance keeps the more compelling relationships with her family and the militant Returned secondary. (c) Copyright 2014. The Horn Book, Inc., a wholly owned subsidiary of Media Source, Inc. No redistribution permitted.

Derting (The Offering, 2013, etc.) kicks off a new series about a teen softball star who disappears one night after the big game and returns five years later with no memory of where she's been. The book is separated into two distinct halves. Character drives the first half as Kyra reassembles the pieces of her life and discovers that family and friends have moved on with their own. The second half pokes around the greater mystery of where Kyra's been by turning the book into a plot-point machine and setting up a larger universe that will surely be explored in coming installments. The book's strength lies more in the first half than the second, as Kyra and her family cope with the extraordinary circumstances thrust upon them. Just as they've begun to heal, Kyra comes back to rip open their wounds with riveting and heartbreaking results that the author explores with great success. Less successful is Kyra's romance with the boy across the street, Tyler, who is defined solely by his dreamy smile and steadfast dedication to doing whatever Kyra wants him to do. Their romance marks the book's low point, but the author ends on a high note with conspiracies, underground rebel networks and spooky government agencies. A solid mix of domestic drama and sci-fi absurdity, this series opener provides a promising start that intrigues as well as it entertains. (Science fiction. 14-18)]] Copyright Kirkus Reviews, used with permission.
More book reviews at iDreamBooks.com