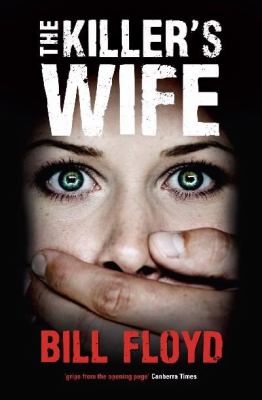 Six years after her ex-husband is sentenced to death for a series of gruesome murders, Leigh Wren has almost succeeded in putting her past to rest. But the new life she has created for herself and her young son is shattered when the father of one of her ex-husband's victims begins stalking her and publicly exposes her past.As Leigh grapples with memories of her marriage to a man whom she exposed to the world as a deviant serial killer, a more deadly game of cat and mouse begins.A new killer emerges, one whose methods are frighteningly similar to those used by her ex-husband, who is on death row thousands of miles away and Leigh and her son appear to be in the stalker's scope. Leigh delves into the mysteries her ex-husband left behind, the danger multiplying as each new revelation brings the threat closer to home. When the identity of the new killer is finally exposed, the truth turns out to be as twisted as it is devastating.

Imagine the gut-wrenching psychological impact of realizing your lover is a serial killer. In Floyd's very promising first novel, the author shares his insights into the thoughts and feelings of one of the least visible of a killer's victims: his immediate family. Tony Award nominee Isabel Keating does a successful job with the reading, and the interview with the author--which can be heard online at us.macmillan.com--should bring listeners added enjoyment and pique their interest in future books by the author. Highly recommended for adult crime fiction and mystery collections. [Also available from Macmillan Audio as a retail ed. unabridged CD. (ISBN 978-1-4272-0270-3. $29.95); audio clip available through www.bbcaudiobooksamerica.com; the St. Martin's Minotaur hc received a starred review, LJ 11/15/07.--Ed.]--Cliff Glaviano, Bowling Green State Univ. Libs., OH (c) Copyright 2010. Library Journals LLC, a wholly owned subsidiary of Media Source, Inc. No redistribution permitted.

Despite the intriguing premise of exploring a serial killer through the eyes of his wife, Floyd's debut falls short of its potential. Six years after Nina Mosley discovered evidence linking her husband, Randy, to a string of murders across the country, she's finally settling into a new life with their seven-year-old son, Hayden, in Cary, N.C. Now calling herself Leigh Wren, Nina hopes that she's heard the last of her ex-husband, who's on death row in California. But when the father of one of Randy's victims tracks her down and exposes her identity, Nina knows her troubles are far from over. As friends shun her, Nina struggles to come to terms with her past. When Hayden's life is suddenly put in jeopardy, Nina must revisit Randy's crimes and uncover who's continuing his killing spree before it's too late. Floyd shifts awkwardly between Nina's past life with Randy and her new life as Leigh, while his textbook portrayal of a serial killer offers nothing new for veteran thriller fans. (Mar.) (c) Copyright PWxyz, LLC. All rights reserved

Nina Mosley has taken a new identity and moved halfway across the country to distance herself and her seven-year-old son from her notorious ex-husband, a deviant serial killer now awaiting execution on death row in California. Then she is accosted by the father of one of the victims, who outs her to the news media. Her life once again becomes a nightmare as she is hounded by the press and forced to answer questions about her past life and her knowledge of her husband's gruesome crimes he was known as the Cross-Eye Killer for his signature move of replacing his victims' eyes with small objects. Then new crimes surface that appear to be the work of a copycat, and a desperate Nina turns to a husband-and-wife PI team for help. Floyd doesn't fully explore his intriguing premise, offering the standard portrait of a cruel killer who subtly terrorizes his wife while abetting her sense of denial. Still, readers never seem to tire of portrayals of serial killers who succeed in passing themselves off for years at a time as workaday suburbanites.--Wilkinson, Joanne Copyright 2008 Booklist

A serial killer's wife takes on a copycat murderer. First-time novelist Floyd staggers unashamedly into movie-of-the-week territory with this undemanding, awkward take on marital terrorism and matriarchal responsibility. A single mother, Leigh Wren, is accosted in her local grocery store by Charles Pritchett, the obsessed father of a girl murdered by Wren's imprisoned ex-husband, Randall Roberts. A sexually depraved and wildly narcissistic California suburbanite, Roberts made an ugly habit of his compulsions, murdering more than a dozen people and leaving foreign objects lodged in their eyes like calling cards. Thanks to an intervention by his wife, Roberts is ultimately convicted. The back story is delivered in nail-biting snippets by narrator Wren, who now finds herself back in the tabloid press: A new killer has surfaced, and he is exhibiting behavior unique to the original "Cross-Eye Killer." Understandably protective of her young son, Hayden, Wren forms a bond with a pair of private detectives originally hired to dig into her past. When Hayden's teacher is executed and he is abducted, Wren is pushed beyond her limits. Floyd delivers a serviceable plot via the cops and private eyes hot on the trail of the Roberts copycat, but the thriller, reminiscent of a poorly written television show, is undone by an unsophisticated premise and cardboard characters. An uncomplicated, unfulfilling heroine, in a thankless debut. Copyright ©Kirkus Reviews, used with permission.
More book reviews at iDreamBooks.com