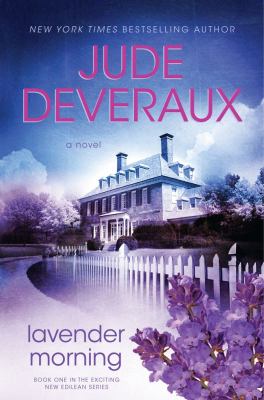 DDC classification: Fiction Online resources: Contributor biographical information | Publisher description Summary: When Miss Edi passes away, she leaves Jocelyn Minton all her worldly possessions, including an eighteenth-century house and a letter with clues to a mystery that began in 1941. In an attempt to understand the legacy that has been left to her, Jocelyn digs into Miss Edi's mystery and soon discovers some shocking surprises about her family's history and a man with his own mysterious past.
Tags from this library: No tags from this library for this title. Log in to add tags.
Fiction notes: Click to open in new window
Total holds: 0

From the perennial "New York Times"-bestselling author comes a romance about a woman who has been an outsider her whole life--until an unexpected bequest leads her to an intriguing village where she discovers a secret that will change her forever.

When Miss Edi passes away, she leaves Jocelyn Minton all her worldly possessions, including an eighteenth-century house and a letter with clues to a mystery that began in 1941. In an attempt to understand the legacy that has been left to her, Jocelyn digs into Miss Edi's mystery and soon discovers some shocking surprises about her family's history and a man with his own mysterious past.

Family ties, smalltown values and unexpected love in picturesque settings have made Deveraux a longtime bestselling author, so it's no surprise she again delivers on her tried-and-true formula. Jocelyn "Joce" Minton, daughter of a Williamsburg, Va., debutante and a handyman, is alienated from her family after her widowed father marries a woman who is decidedly not debutante material and has a pair of selfish twins. Joce ends up in the care of an elderly neighbor, Miss Edi, who watches over the girl through college. When Miss Edi dies, she leaves Joce an ancestral manor house and a trove of secrets going back to 1941 that compel Joce to visit Edilean, Va., where she meets the local color, including a sexy lawyer and his sexier gardener cousin-who has a secret or two, himself. Alternating WWII battlefront tragedy with contemporary romance, Deveraux packs in something for every generation, from wicked supermodels to patriotic sacrifice, from planting an herb garden to DNA tests. For all the novel's coincidences and predictability, readers will find it hard to resist the charm of Edilean, the manor house, the town, the woman of many secrets and, of course, the series to follow. (Apr.) (c) Copyright PWxyz, LLC. All rights reserved

Jocelyn Minton is a young woman of many contradictions. Her wealthy mother married the local handyman. After her mother dies, her father returns to his blue-collar roots and marries a woman who has two gorgeous twin daughters who torment Joce. The only bright spot in her life is Edilean Harcourt, an older woman who connected with Joce on every level and enriched her life until she died. Joce thought she knew her mentor and protector very well, until Edilean leaves Joce her family home in Edilean, Virginia, and Joce discovers how heavily edited her version of Edilean's life is. As she follows Edilean's instructions and moves into the house and contacts a young lawyer, Joce enters a new world, learns the truth about her dear friend, and meets the insular inhabitants of the town, including her own bad boy not the lawyer, but his cousin Luke, her gardener. With the promise of future books about surprising and interesting Edilean, veteran storyteller Deveraux incorporates her trademark sweet and salty characters into a pair of entertaining romances, one past, one present, to create one of her most fun and pleasing tales.--Engelmann, Patty Copyright 2009 Booklist
More book reviews at iDreamBooks.com