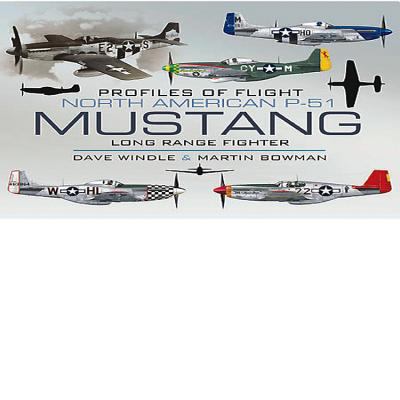 The Mustang was born from a British WW2 specification to North American during 1940. The prototype was completed within 117 days but the RAF was not happy with the aircraft's performance and suggested replacing the V-12 Allison with the more powerful RR Merlin. The result was a superbly fast and manoeverable aircraft that had the range to escort Allied bomber forces on raids deep into occupied Europe. A total of 15,469 of the type were built and used in combat until the Korean War. This book contains the world famous colour profiles created by Dave Windle of the type in different modes, configurations and colour schemes. Martin Bowman has written detailed descriptions and photographs to create the perfect enthusiasts reference. AUTHOR: Dave Windle has gained the reputation of being Britain's most skilful creator of aircraft profiles. He draws upon his service with the RAF to maintain complete accuracy. Martin Bowman is one of Britain's foremost aviation historians and has written many books and articles. SELLING POINTS: * Superb 4 colour aircraft profiles and descriptive text with rare photographs. * Highly popular with enthusiast and model makers. * Great value and high-quality printing. ILLUSTRATIONS: 30 colour profiles, 1 or 2 pages each 50 mono photos *