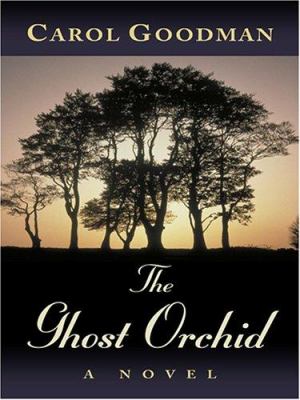 As novelist Ellis Brooks uncovers the wealthy Latham family's dark secrets, a series of bizarre accidents occurs. The lines between past and present, living and dead blur, until the tangled truth threatens to ensnare all it touches.

Goodman (The Lake of Dead Languages) returns with another literary mystery, this time introducing a supernatural element. Ellis Brooks is a young novelist who has been awarded a retreat to the Bosco estate, an artists' sanctuary in upstate New York. A daughter of a psychic medium, she has spiritual abilities that are tapped by the ghosts of three young children who died on the estate under mysterious circumstances more than 100 years earlier. The story alternates between the perspectives of Ellis in the present and Corinth, the psychic hired in the 1880s to contact the children's spirits. Fans of Goodman's earlier books will enjoy her familiar Hudson Valley setting and metaphorical use of water (in this case, an elaborate system of garden fountains on the estate). However, some may be put off by the supernatural angle. Recommended for public libraries with a following for Goodman's earlier books. [See Prepub Alert, LJ 10/1/05.]-Karen Fauls-Traynor, Sullivan Free Lib., Chittenango, NY (c) Copyright 2010. Library Journals LLC, a wholly owned subsidiary of Media Source, Inc. No redistribution permitted.

An isolated Victorian mansion in upstate New York is the backdrop for Goodman's latest literary mystery (after The Drowning Tree), which stars a debut novelist and her fellow residents at the artists' retreat Bosco. Ellis Brooks has been accepted to Bosco primarily because her first novel is to be a fictional account of the mansion's mysterious past; while there will be no deaths during her stay, there's spookiness aplenty, as well as several 1893 murders still begging resolution. Goodman's narrative alternates between Ellis's first-person present and 1893. Coincidentally-or not-two of Bosco's other guests are also working on projects related to the mansion. But they turn out to be little more than convenient accessories as Ellis, the daughter of a psychic (and possessor of certain powers of her own), unlocks clue after mystical clue to secrets long buried by the mansion's original owners. As great a player as any is the mansion itself and its creepy (and possibly haunted) gardens. Is this an updated Victorian drawing room mystery or a romance novel/crime fiction-cum-ghost story? Never mind. Enjoy the atmosphere. And enjoy the ride; its twists and turns mesmerize, even if they don't surprise. Agent, Loretta Barrett. (Feb.) (c) Copyright PWxyz, LLC. All rights reserved

Nestled deep in the foothills of the Adirondack Mountains lies the Bosco estate, a nineteenth-century mansion that was once the home of lumber magnate Milo Latham and his wife, Aurora. A rambling property nearly buried under the ruins of once--opulent statuary gardens and mazes, Bosco now serves as an exclusive creative retreat, where artists and writers live and work under almost oppressive seclusion. Inspired by a timeworn pamphlet describing the scandalous events that took place there in 1893, first-time novelist Ellis Brooks comes to Bosco to write about the tragedies that befell the Latham family and the role Corinth Blackwell, a spiritual medium, played in the family's downfall. When Ellis uncovers the family's secrets, she and her fellow writers find themselves imperiled by the house's sinister history. Goodman's mastery of eerily atmospheric and richly intricate plots is nowhere more evident than in this deliciously menacing and harrowing tale of greed and avarice, where perception is reality, and where past and present collide with disastrous results. --Carol Haggas Copyright 2005 Booklist

The ghost of Daphne du Maurier was probably consulted during the writing of Goodman's latest romantic suspenser (The Drowning Tree, 2004, etc.). It's a tale assembled and narrated by novelist Ellis Brooks, who's among the artists invited to the upstate New York Bosco estate, a "sacred wood" of sorts complete with luxuriant gardens, hidden grottos, complex waterworks--and a history of parental grief connected to "the Blackwell Affair," which Ellen is researching. The story dates from 1893, when Aurora, wife of wealthy timber merchant Milo Latham, hired medium Corinth Blackwell to contact the spirits of her three children (victims of a diphtheria epidemic)--only to suffer the kidnapping of her sole surviving child Alice, presumably by the resourceful psychic and her con-man partner and lover. Ellis, herself the daughter of a flower-empowered Wiccan mystic, becomes uncomfortably attuned to the (doubtless vengeful) spirit of the place, and Goodman thus juxtaposes the tale of the Lathams' miseries with Ellis's absorption of their past and relations with her fellow guest artists. These latter include pot-smoking celebrity novelist Nat Loomis, flinty biographer-critic Bethesda Graham, sensitive hunk landscape architect David Fox and distracted poet Zalman Bronsky, whose gnomic sonnets-in-progress hold increasingly ominous clues to the details of the Blackwell affair. A suicidal Indian maiden, several monogrammed teacups and a pair of disastrous séances figure prominently in the heavily furnished and dauntingly complex plot--which Goodman handles with considerable skill. But there are just too many signs and portents, perturbed spirits, guilty secrets and variously illicit relations for even the most moonstruck reader to sort through. More of the same from Goodman: not half bad, not all that good. Copyright ©Kirkus Reviews, used with permission.
More book reviews at iDreamBooks.com