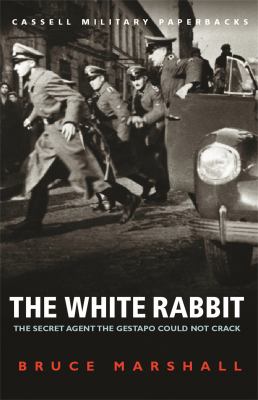 <p> The harrowing, and inspiring, story of the capture of one of Britain's top SOE agents in World War Two, his refusal to crack under the most horrific torture, and his final imprisonment in a concentration camp. </p> <p>'The White Rabbit' was the code name of Wing Commander F.F.E. Yeo-Thomas when he parachuted into France in 1942 as a member of the Special Operations Executive with the Resistance. For the next eighteen months he was responsible for organising all the separate factions of the French Resistance into one combined 'secret army'. On three separate missions into occupied France he met with the heads of Resistance movements all over the country, and he spoke personally with Winston Churchill in order to ensure they were properly supplied.</p> <p>His capture by the Gestapo in March 1944 was therefore a terrible blow for the Resistance movement. For months he was submitted to the most horrific torture in an attempt to get him to spill his unparalleled knowledge of the Resistance, but he refused to crack. Finally he was sentenced to death, and sent to Buchenwald, one of the most infamous German concentration camps. The story of his endurance, and survival, is an inspiring study in the triumph of the human spirit over the most terrible adversity.</p>