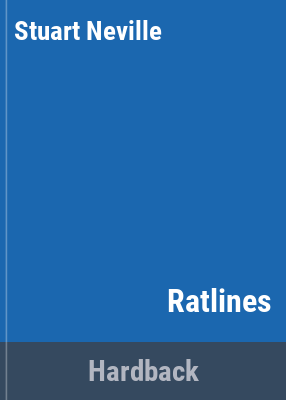 | Ireland -- History -- 20th century -- FictionGenre/Form: Thrillers (Fiction) | Historical fiction. | Science fiction. | Detective and mystery fiction. | Detective and mystery stories. | Large type books.DDC classification: NEV Summary: "Ireland, 1963. A German businessman is murdered in a seaside guesthouse. He is the third foreign national to die within a few days, and Minister for Justice Charles Haughey is desperate to protect a shameful secret: the men were all former Nazis, granted asylum by the Irish government. Lieutenant Albert Ryan is ordered to investigate the murders and protect Hitler's favourite commando, Colonel Skorzeny, once called the most dangerous man in Europe. But as he infiltrates Ireland's secret network of former Nazis and collaborators, Ryan must make a terrible choice: his country or his conscience?" --Publisher description.
Tags from this library: No tags from this library for this title. Log in to add tags.

Ireland, 1963: as the Irish people prepare to welcome President Kennedy to the land of his ancestors, a German is murdered in a seaside guesthouse. He is the third foreign national to die within a few days, and Minister for Justice Charles Haughey is desperate to protect a shameful secret: the dead men were all former Nazis granted asylum by the Irish government. Albert Ryan, Directorate of Intelligence, is ordered to investigate the crimes. But as he infiltrates Ireland's secret network of former Nazis and collaborators, Ryan faces a difficult choice between country and conscience.

"Your country or your conscience" --Cover.

"Ireland, 1963. A German businessman is murdered in a seaside guesthouse. He is the third foreign national to die within a few days, and Minister for Justice Charles Haughey is desperate to protect a shameful secret: the men were all former Nazis, granted asylum by the Irish government. Lieutenant Albert Ryan is ordered to investigate the murders and protect Hitler's favourite commando, Colonel Skorzeny, once called the most dangerous man in Europe. But as he infiltrates Ireland's secret network of former Nazis and collaborators, Ryan must make a terrible choice: his country or his conscience?" --Publisher description.

At the end of World War II, several denazified Germans found sanctuary in Ireland, among them notorious SS officer Otto Skorzeny. Best known as the commando who rescued deposed dictator Mussolini from his mountain prison in Italy, Skorzeny set up some of the "ratlines" that served as escape routes for Nazis fleeing Allied justice. Drawing on these historical tidbits, Irish author Neville (Stolen Souls) crafts an engaging crime story set in 1963, just weeks before President Kennedy's visit to Ireland. Several murders have upset the Minister of Justice in Dublin, a man known to be friendly with Skorzeny. The victims are all ex-Nazis formerly granted asylum by the government. Intelligence agent Albert Ryan is tasked with solving the crimes before they embarrass the country and sabotage Kennedy's visit. VERDICT Neville, whose debut, The Ghosts of Belfast, won the 2010 Los Angeles Times Book Prize for Best Mystery/Thriller, concocts a believable plot with an intriguing protagonist torn between duty to country and his distaste for Nazi criminals. Fans of Jack Higgins and Ken Follett will enjoy this novel, though some readers may find graphic scenes of torture difficult to bear.-Ron Terpening, Univ. of Arizona, Tucson (c) Copyright 2012. Library Journals LLC, a wholly owned subsidiary of Media Source, Inc. No redistribution permitted.

Set on the eve of President Kennedy's 1963 visit to Ireland, this thrilling, historically informed stand-alone from Irish author Neville (Stolen Souls) charts the efforts of Irish intelligence officer Albert Ryan to discover who murdered three Nazis granted asylum in Ireland after WWII. Ryan has to be wary of real-life Col. Otto Skorzeny, one of the most dangerous surviving Nazis, to whom a note on one of the bodies was addressed: "We are coming for you." In his digging, Ryan learns of the titular "ratlines," the secret routes use to ferry postwar Nazis from one safe place to another. Complicating Ryan's investigation is his growing attraction to Celia Hume, a woman of mysterious means whose job it is to charm important men and ascertain secrets. As Ryan tracks the killer, he meets Mossad agent Goren Weiss, who's intent on getting to Skorzeny. Readers will hope to see more of Ryan, a formidable yet damaged hero. Agent: Nat Sobel, Sobel Weber Associates. Author tour. (Jan.) (c) Copyright PWxyz, LLC. All rights reserved.

Students of history and readers of historical-crime fiction are used to finding Nazis in the unlikeliest places but Ireland? That's one refuge many of us may have missed. It's 1963, and Lieutenant Albert Ryan of the Directorate of Intelligence is tasked with solving a string of murders. The dead were all Nazis and collaborators, and on the eve of JFK's presidential visit, their identities could prove embarrassing to his hosts. The investigation proves a minefield, with Ryan unsure whether he's reporting to the minister of justice, Charles Haughey, or Otto Skorzeny, a renowned Nazi commando now living quite comfortably on the Emerald Isle (Slorzeny obviously has a personal interest in the case). Neville writes wonderfully, setting the scene in precise, economical prose; pitting well-defined, historically inspired characters in opposition to each other; and tangling the plotlines tantalizingly. If he goes astray at all, it's after a gruesome plot turn that renders Ryan helpless, with nearly all of his subsequent action passive or reactive. With a character this strong, we want to see him fight to the finish. HIGH-DEMAND BACKSTORY: Given the acclaim for Neville's prize-winning Belfast Trilogy (Stolen Souls, 2011; Collusion, 2010; The Ghosts of Belfast, 2009), Soho is betting big on this one with a $150,000 marketing campaign, a national tour, and big pushes at BEA and ALA.--Graff, Keir Copyright 2010 Booklist

In a divided country on the brink of the Cold War, the hunt for a Nazi killer is more complicated--and more dangerous--than it seems. It's 1963, and the world is heating up. President John F. Kennedy, already wary of Castro, is coming to Ireland for a state visit. The entire country is excited, not only because of Kennedy's heritage, but because of the implied endorsement of the American leader in the country's continuing conflicts with the British. Therefore, when an Austrian refugee is shot point-blank in a small, rural Irish guesthouse, Dublin wants it handled quickly and quietly. The fact that the murderer left a threat for another former SS officer, one who has moved into Irish politics, cannot get out at all, and when intelligence officer Albert Ryan is brought in, he is warned that discretion may be more important than the law. Lt. Ryan is a good choice for the assignment since he's an outsider, his own loyalties both convoluted and conflicted. The son of a small-town shopkeeper, Ryan had enlisted in the British army as a teen, an act that continues to cause his family trouble. But even though his homeland remains at least partially ambivalent toward the Germans--as well as the victorious British--he knows how to put his head down and solve a murder. As his dogged, thorough police work brings him into an underworld where war criminals and politicians mingle, however, he will find that nothing is that simple. As he did in Ghosts of Belfast (2009) and its sequel, Collusion (2010), Neville shows how the past is linked to the present, particularly in the brooding Ireland of his noir thrillers. In a setting of dampness and poverty, he creates a world where grudges may last for generations and blood feuds full of the kind of pervasive detail that makes this grim world real persist. Another moody winner mixes Nazis into Neville's usual Irish noir.]] Copyright Kirkus Reviews, used with permission.
More book reviews at iDreamBooks.com