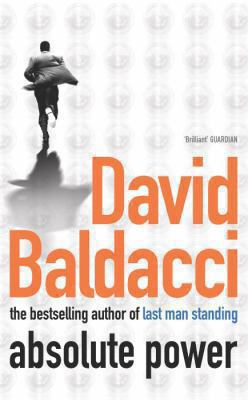 Can the President of the United States get away with murder? Luther Whitney, an old-style sophisticated burglar, witnesses the murder of the wife of a prominent multi-millionaire whilst robbing his house. She was having an affair with the President and was murdered by secret agents.

Can the President of the United States get away with murder? Luther Whitney, an old-style sophisticated burglar, witnesses the murder of the wife of a prominent multi-millionaire whilst robbing his house. She was having an affair with the President and was murdered by secret agents

Most first-time authors only dream about the kind of prepublication hoopla bestowed upon this debut, a thriller about a murder involving the president and his mistress. (c) Copyright 2010. Library Journals LLC, a wholly owned subsidiary of Media Source, Inc. No redistribution permitted.

Casting the president of the United States as a crazed villain isn't a new ideaFletcher Knebel worked it 30 years ago, in Night of Camp Davidbut in this sizzler of a first novel, Baldacci, a D.C. attorney, proves that the premise still has long legs. The action begins when a grizzled professional cat burglar gets trapped inside the bedroom closet of one of the world's richest men, only to witness, through a one-way mirror, two Secret Service agents kill the billionaire's trampy young wife as she tries to fight off the drunken sexual advances of the nation's chief executive. Running for his life, but not before he picks up a bloodstained letter opener that puts the president at the scene of the crime, the burglar becomes the target of a clandestine manhunt orchestrated by leading members of the executive branch. Meanwhile, Jack Graham, once a public defender and now a high-powered corporate attorney, gets drawn into the case because the on-the-lam burglar just happens to be the father of his former financée, a crusading Virginia prosecutor. Embroidering the narrative through assorted plot whorls are the hero's broken romance; his conflict over selling out for financial success; the prosecutor's confused love-hate for her burglar father; the relentless investigation by a northern Virginia career cop; the dilemma of government agents trapped in a moral catch-22; the amoral ambitions of a sexy White House Chief of Staff; and the old burglar's determination to bring down the ruthless president. Meanwhile, lurking at the novel's center like a venomous spider is the sociopathic president. Baldacci doesn't peer too deeply into his characters' souls, and his prose is merely functionalin both respects, he's much closer to Grisham than to, say, Forsyth; but he's also a first-rate storyteller who grabs readers by their lapels right away and won't let go until they've finished his enthralling yarn. Major ad/promo; BOMC alternate; film rights sold to Castle Rock; simultaneous Time Warner AudioBook. (Jan.) (c) Copyright PWxyz, LLC. All rights reserved

This entry in the Washington murder mystery sweepstakes has plenty of commercial potential, yet, on the literary side of the ledger, Baldacci's first novel could stand some polishing in plot and story structure. Here's the premise: the wick-dipping president gets into a drunken knife fight with his mistress; the Secret Service rescues him but kills her; and scandal will erupt unless all witnesses are eliminated. Quite a few are, lending the story its high-velocity pace, which is its chief attraction. The chase takes off from the swanky hunt-country mansion where the killing occurred; there aging but wily burglar Luther Whitney, on site for his last heist, inadvertently witnesses the death of the presidential mistress through a handy one-way mirror. When the coast clears, Whitney leaves the scene with a letter opener covered with presidential DNA, which the cover-uppers naturally are anxious to recover. The murderers' efforts eventually lead to hero lawyer Jack Graham, a rising yupster conflicted by women and career. A finishing action chase through the Washington Metro portends the probable climax scene in the movie slated to be made from this material; such celluloid prominence plus BMOC selection ensures demand for a tale that is all action and no message. (Reviewed November 1, 1995)0446519960Gilbert Taylor

The mother of all presidential cover-ups is the centerpiece gimmick in this far-fetched thriller from first-novelist Baldacci, a Washington-based attorney. In the dead of night, while burgling an exurban Virginia mansion, career criminal Luther Whitney is forced to conceal himself in a walk-in closet when Christine Sullivan, the lady of the house, arrives in the bedroom he's ransacking with none other than Alan Richmond, President of the US. Through the one-way mirror, Luther watches the drunken couple engage in a bout of rough sex that gets out of hand, ending only when two Secret Service men respond to the Chief Executive's cries of distress and gun down the letter-opener-wielding Christy. Gloria Russell, Richmond's vaultingly ambitious chief of staff, orders the scene rigged to look like a break-in and departs with the still befuddled President, leaving Christy's corpse to be discovered at another time. Luther makes tracks as well, though not before being spotted on the run by agents from the bodyguard detail. Aware that he's shortened his life expectancy, Luther retains trusted friend Jack Graham, a former public defender, but doesn't tell him the whole story. When Luther's slain before he can be arraigned for Christy's murder, Jack concludes he's the designated fall guy in a major scandal. Meanwhile, little Gloria (together with two Secret Service shooters) hopes to erase all tracks that might lead to the White House. But the late Luther seems to have outsmarted her in advance with recurrent demands for hush money. The body count rises as Gloria's attack dogs and Jack search for the evidence cunning Luther's left to incriminate not only a venal Alan Richmond but his homicidal deputies. The not-with-a-bang-but-a-whimper climax provides an unsurprising answer to the question of whether a US president can get away with murder. For all its arresting premise, an overblown and tedious tale of capital sins. (Film rights to Castle Rock; Book-of-the-Month selection)
More book reviews at iDreamBooks.com