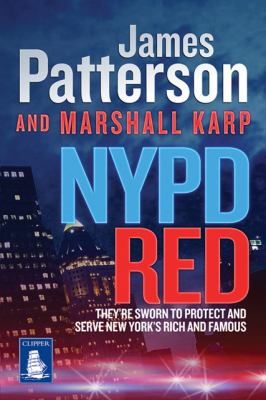 They're sworn to protect and serve New York's rich and famous When a world-renowned Hollywood producer fatally collapses at his power breakfast, NYPD Red Detective Zach Jordan is the first one on the scene. Along with his beautiful new partner, Detective Kylie MacDonald, who also happens to be his ex-girlfriend, he begins to investigate. But this is only the beginning: the most brutal, public, and horrifyingly spectacular crimes they've ever encountered are about to send all of New York into chaos, putting NYPD Red on the ropes. Zach and Kylie know there's no way of telling what this deranged killer will do next. With the whole world watching, they have to find a way to stop a psychopath who has scripted his finale down to the last explosive detail.

Mega-best-selling author Patterson returns with another fast-paced thriller set against the backdrop of New York City. Co-author Karp (with Patterson, Kill Me If You Can) helps serve up typical Patterson drama with a serial killer on the loose and a cop at the top of his game determined to take the killer down. Detective Zach Jordan and his ex-girlfriend and fellow detective Kylie MacDonald are part of NYPD Red, a special task force assigned to cover the Hollywood on the Hudson festival. Unfortunately, an unknown and unstable actor decides to use the event to steal the spotlight from the rich and famous by committing horrific high-profile crimes. VERDICT Actor Edoardo Ballerini, a 2013 Audie Award nominee, reads, adding tension and suspense. Patterson does not depart from what has made him the top-selling author he is today. NYPD Red has a hero to root for, a devious villain, and lots of action. Patterson fans will enjoy. [The Little, Brown hc was a New York Times best seller.-Ed.]-Theresa Horn, St. Joseph Cty. P.L., South Bend, IN (c) Copyright 2013. Library Journals LLC, a wholly owned subsidiary of Media Source, Inc. No redistribution permitted.
More book reviews at iDreamBooks.com