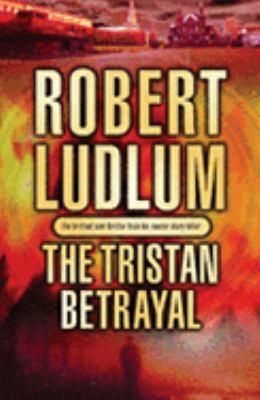 In the fall of 1940, the Nazis are at the height of their power - France is occupied, Britain is enduring the Blitz and is under threat of invasion, America is neutral and Russia is in an uneasy alliance with Germany.

Stephen Metcalfe, the younger son of a prominent American family, is a well-known man about town in occupied Paris. He's also a minor asset in the US's secret intelligence forces in Europe. Through a wild twist of fate, it falls to Metcalfe to instigate a bold plan that may be the only hope for what remains of the free world.

Now he must travel to wartime Moscow to find, and possibly betray, a former lover - a fiery ballerina whose own loyalties are in question - in a delicate dance that could destroy all he loves and honours.

To help win the war against the Nazis, Stephen Metcalfe must travel from occupied Paris to Moscow and make contact with a devious ballerina-who happens to be a former lover. (c) Copyright 2010. Library Journals LLC, a wholly owned subsidiary of Media Source, Inc. No redistribution permitted.

The author's death three years ago has not prevented St. Martin's from publishing recent material under his name. This WWII-era thriller opens in August 1991 as American ambassador Stephen Metcalfe arrives in Moscow, where Communist hard-liners are attempting to wrest control of Russia from the reform government. The fate of the country will be decided by an official known as the Dirizhor-the Conductor-and Metcalfe is the only man who can convince him to resist the forces of Stalinist darkness. Flash back to 1940, just after the Nazis have signed a nonaggression pact with the Russians. Young playboy/espionage agent Metcalfe is sent by American spymaster "Corky" Corcoran to the U.S.S.R. to enlist an old lover, Lana ("an extraordinary woman, impossibly beautiful, magnetic, passionate") in a scheme that if successful will change the course of history. Hot on Metcalfe's tail is assassin Kleist, a Nazi Secret Service agent who dispatches his enemies by garroting them with the E string of his violin. These principals and a host of others thrust and parry between Paris, Moscow and Berlin before a final confrontation in an enormous, mock factory fashioned of plywood and cleverly painted canvas. The factory, a bombing decoy, provides an apt metaphor for the book: a hollow, flimsy construct unable to hold the weight of a bloated plot and an army of cliched characters. All of Ludlum's trademarks are in evidence: one-sentence paragraphs, a plentitude of exclamation points, ridiculous dialogue ("Die, you bastard!") and the breathless use of italics to impart excitement, but in the end there are few surprises in this unsatisfying behemoth. Perhaps it's time to let the master rest in peace. (Oct. 28) Forecast: Ludlum's many fans may relish this gift from the grave, but others will find it thin fare, far from the author's best efforts. 750,000 first printing; major ad/promo campaign. (c) Copyright PWxyz, LLC. All rights reserved

Ludlum, author of such best-sellers as The Bourne Identity, died on March 12, 2001. His output, however, has not slowed noticeably since his passing: this novel is the seventh published under his name since his death. Some of them had credited coauthors, but, presumably, all of them have been polished by editors or uncredited writers. His latest, the story of an American spy sent into Moscow during World War II, is in some regards far superior to most of the stuff Ludlum published during his lifetime. There is a level of detail here often missing from his early novels, suggesting the efforts of a meticulous ghostwriter. Similarly, the characters, including our hero, Stephen Metcalfe, the well-to-do American spy, tend to be more well defined than your typical Ludlum stick figure. On the other hand, the fast-paced plot reflects Ludlum's genuine knack for constructing good stories, and the dialogue, regrettably, is typically overwritten. (Civilization as we know it is being engulfed by Hitler's devouring maw, one character remarks.) The book's peculiarly fascinating lineage aside, here's what really matters: this is one of the better novels published under the Ludlum name. --David Pitt Copyright 2003 Booklist

From the ranks of dead bestselling authors comes yet another probable bestseller. So peaceful, the grave. No distractions, no need to keep up with the world. No pressure to update the information. No arguments with editors. This is how it must have been for Barbara Cartland in those last golden 50 years, when she was so practiced she simply dictated books from the comfort of one of her several Louis Quinze settees. In fact, a posthumous Ludlum reads almost like a manly Cartland. If there is a waist, it will be tiny. If there is a buttock, it will be tight. If there is a Vichy hostess, she will be a tart. And if there is a plot . . . . Well, of course there is a plot. This is, after all, a Ludlum, so there are layers upon layers of oh-so-reliably nasty Nazis and Bolsheviks against whom is pitted one rich handsome Ivy League polyglot straight-shooting Russo-Yank intelligence agent, Stephen Metcalfe, whose exciting impersonation of an Argentine playboy in Paris in 1940 is interrupted by an assignment to Moscow, where Metcalfe is to test the leanings of the debauched German aristocrat attached to the Reich's embassy to see if he might be turned. Or so Stephen has been told. But nothing is as it seems, for--and here the late hand of the master reaches for one of the great metaphors of '80s spycraft and its supporting literature--there are mirrors upon mirrors. The repulsive nobleman is currently the protector of Svetlana "Lana" Baranova, beautiful star of the Bolshoi and a Great Love among the many loves in Stephen's busy past. (Not out of his 20s, the lad seems never to have slept alone). As corpse after corpse falls in his path, some garroted by a sadistic (of course), violin-playing SS officer with exceptional olfactories, some just blasted by the Bolsheviks, it dawns on Stephen that his masters are simply using him to get to Lana, who will herself be used. The fate of the democratic West is at stake! Nurse, another lap robe, there's a good girl. Copyright ©Kirkus Reviews, used with permission.
More book reviews at iDreamBooks.com