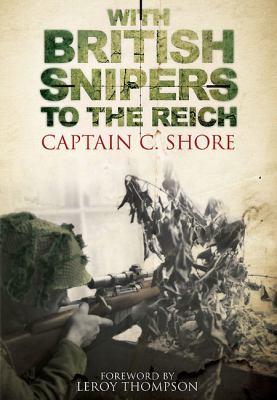 With British snipers to the Reich / C. Shore.

Captain C Shore's enthusiasm for firearms led him to take every possible opportunity to try out different weapons, ammunition and methods of shooting. The result of all his investigations is this practical guide to the sniper¹s art in World War II. His interest was combined with sound common sense and he would never consonance a rumor about a practical weapon or incident unless he was able to confirm it for himself. As a result, everything in this text is based on his personal experience. In World War II, Captain Shore took part in the British landings at D-Day and he fought in Normandy and Northern Europe. He came across many different weapons in varying conditions, some of the worst being those used by the Dutch and Belgian resistance fighters. He was keen to learn from experienced snipers and then to train others and he became an office sniping instructor at the British Army of the Rhine Training Center. He shares a wealth of first-hand knowledge of different rifles, pistols, machine guns, ammunition, telescopes, binoculars, and all the equipment a sniper should carry. With British snipers to the Reich is not only an account of sniping in World War II but also a guide to all aspects of sniping based on personal knowledge and experience in training and in battle.