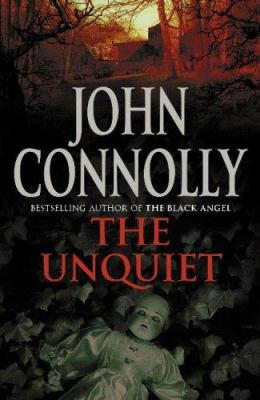 | Detective and mystery storiesGenre/Form: Detective and mystery stories.
Partial contents:
Contents of CD: When in Rome (Nickel Creek) -- Roscoe (Midlake) -- Murderer (Low) -- The ghost of the girl in the well (Willard Grant Conspiracy) -- Hymn (The Czars) -- Collecting shields (Efterklang) -- The lost you (Hood) -- The good hand (Woven Hand) -- Time is for leaving (Starless & Bible Black) -- Thirsty (The National) -- Come undone (The Delgados) -- Still waters (Jim White) -- John Wayne Gacy, Jr. (Sufjan Stevens) -- Dead king (Espers) -- Weaving song (Phelan Sheppard)
Review: "Daniel Clay, a once-respected psychiatrist, has gone missing. His daughter insists that he killed himself after allegations surfaced that he had betrayed his patients to foul and evil men - but when a killer obsessed with uncovering the truth behind his own daughter's disappearance comes seeking revenge, long-forgotten secrets begin to emerge. Hired by Dr. Clay's daughter to protect her from the predator on the loose, tortured and ingenious private detective Charlie Parker finds himself trapped between those who want the truth to be revealed and those who will go to any length to keep it hidden."--BOOK JACKET.
Tags from this library: No tags from this library for this title. Log in to add tags.
Fiction notes: Click to open in new window

Daniel Clay, a once-respected psychiatist, has been missing for years following revelations about harm done to the children in his care. Believing him dead, his daughter Rebecca has tried to come to terms with her father's legacy, but her fragile peace is about to be shattered. Someone is asking questions about Daniel Clay, someone who does not believe that he is dead: the revenger Merrick, a father and a killer obsessed with discovering the truth about his own daughter's disappearance. Private detective Charlie Parker is hired to make Merrick go away, but Merrick will not be stopped. Soon Parker finds himself trapped between those who want the truth about Daniel Clay to be revealed, and those who want it to remain hidden at all costs. But there are other forces at work here. Someone is funding Merrick's hunt, a ghost from Parker's past. And Merrick's actions have drawn others from the shadows, half-glimpsed figures intent upon their own form of revenge, pale wraiths drifting through the ranks of the unquiet dead. The Hollow Men have come . . .

"Daniel Clay, a once-respected psychiatrist, has gone missing. His daughter insists that he killed himself after allegations surfaced that he had betrayed his patients to foul and evil men - but when a killer obsessed with uncovering the truth behind his own daughter's disappearance comes seeking revenge, long-forgotten secrets begin to emerge. Hired by Dr. Clay's daughter to protect her from the predator on the loose, tortured and ingenious private detective Charlie Parker finds himself trapped between those who want the truth to be revealed and those who will go to any length to keep it hidden."--BOOK JACKET.

Following the standalone The Book of Lost Things, Connolly returns to his Charlie Parker series in this dark and disturbing tale of retribution. The P.I. is hired by the daughter of a missing child psychiatrist being stalked by a man who insists that she knows where her father is. Parker discovers that the man is an ex-con with a missing family member of his own-his daughter Lucy, a patient of the psychiatrist. As Parker investigates, a decades-old pattern of child abuse begins to emerge, and Parker finds that the ex-con is not the only one seeking revenge. Connolly's latest offering deals with a disturbing subject that may not appeal to some readers, although his fans won't be disappointed. [See Prepub Alert, LJ 1/07.]-Lisa O'Hara, Univ. of Manitoba Libs., Winnipeg (c) Copyright 2010. Library Journals LLC, a wholly owned subsidiary of Media Source, Inc. No redistribution permitted.

Of the few novelists who manage to combine the private eye and horror genres successfully, none does it better than Connolly. Here he gives his hapless hero, Charlie Parker, a man obsessed with the memory of the gruesome murders of his wife and daughter, a particularly disturbing case involving child predators and killers. It's a grim story, including the reappearance of a Parker foe, the sinister and probably supernatural Collector who is drawn to certain crimes from which he extracts keepsakes. Sanders has the right kind of vocal timbre to suggest Parker's tough-but-soul sick protagonist and the skill to give the gritty material a properly noir tone. As for the Collector, whom Connelly tells us tastes words like unfamiliar food, Sanders conjures up a raspy whisper that carries more than the hint of a distaste for life. It also contains an echo of Parker's voice, which follows the author's suggestion that the Collector may be a specter of the detective's imagination. In any case, the sound, like the novel itself, is as unnerving as a fever dream. (c) Copyright PWxyz, LLC. All rights reserved All rights reserved.

Daniel Clay, a psychiatrist alleged to have worked with a child-abuse ring, is missing and presumed dead. His grown daughter, Rebecca, is being stalked by an ex-con whose own daughter is missing. Rebecca hires Portland, Maine, investigator Charlie Parker to protect her and dissuade her stalker, a former contract killer named Merrick who is intent on either finding his daughter or avenging her death. The case leads to a very dark chapter in Maine's rural history and to the still-operational remnants of a syndicate of highly organized child abusers. Connolly weaves elements of the supernatural into a disturbing, very dark tale. Parker is haunted by the specters of his late wife and daughter as well as an ephemeral embodiment of death who offers both advice and warnings as the detective ventures ever deeper into the darkness of the real world and his own soul. The disquieting subject, coupled with Connolly's dark, lyrical prose, will leave unshakable images lurking on the edge of the reader's consciousness. --Wes Lukowsky Copyright 2007 Booklist
More book reviews at iDreamBooks.com