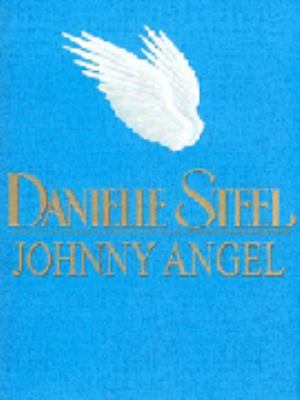 Johnny Peterson was the kind of lad who could light up a room and inspire the best in everyone he met. Then one night he was killed by a car. Appearing only to his withdrawn younger brother and his grief-stricken mother, Johnny's appearances as an angel will change the lives of everyone

Johnny really does become an angel after a car crash on prom night. But he's still around to help, appearing to his mom and little brother when they most need him. (c) Copyright 2010. Library Journals LLC, a wholly owned subsidiary of Media Source, Inc. No redistribution permitted.

In the 1962 rock ballad, Johnny Angel isn't an angel, but an angelic young dreamboat. In Steel's book, the titular hero is both-as well as class valedictorian, a football/track star, a faithful boyfriend and a college scholarship winner who holds down two jobs to help out his family; on top of it all, he has "great teeth." Killed in a car crash after his senior prom, 17-year-old Johnny Peterson is sent back to earth as an angel. His mission: to fix certain troubles left unresolved at the time of his death involving his girlfriend, Becky, her impoverished mother and his dysfunctional family. The plot may strike TV viewers as little more than a warmed-over Touched by an Angel rerun, but the theme-the healing power of love-is classic Steel. Unfortunately, the story is flawed by clunky characterizations. The sticking point isn't that Steel reveals her characters' problems through authorial proclamation rather than action and dialogue-that bluntness is simply her style-but that she explains those problems repeatedly. The first time readers learn that Johnny's dad drinks himself into a stupor every night from guilt over causing the accident that traumatized Johnny's brother, Bobby, into muteness, it is necessary information. The second repeat can be justified as emphasis. But multiple further repetitions are downright tedious. Still, Steele's heartfelt depiction of the central relationship between Johnny and his mother is touching, and few readers will get through the revelation of Johnny's final gift with dry eyes. (July 1) Forecast: Even hard-core Steel fans may balk at the skimpiness of this offering-the book is near novella-length-and value-conscious readers are likely to make a beeline for the library. (c) Copyright PWxyz, LLC. All rights reserved

With this brief foray into the world of a family devastated by the death of their teenage son, Steel moves away from the contemporary romance stories she is famous for, although her fans likely won't complain. Handsome, tall, polite, college-bound, hardworking, and the backbone of his fragile family, Johnny Peterson also is a star athlete and class valedictorian. All in all, his future is looking pretty bright when a terrible accident on prom night kills him and shatters the already tenuous relationships of his parents and siblings. Of course, Johnny, being the great guy that he is, returns as a vision/ghost/angel and begins to repair the damaged lives of his family and friends. Before we know it, his mute and semi-autistic brother is speaking, his father has laid off the booze, his girlfriend gets a scholarship to attend college, and his heartbroken mother gains the fortitude to let go of her grief and embrace life once more. Despite its sad story line, Steel ties it all together with a neat and somewhat happy ending. Librarians should stock up; this one will be hot this summer. --Kathleen Hughes ~ Young adult recommendations in this issue have been contributed by the Booklist staff and by reviewers Tina Coleman, Deborah Donovan, Patty Engelmann, Gordon Flagg, Connie Fletcher, Roberta Johnson, Jeremy Kitchen, Beth Leistensnider, Shelley Mosley, Regina Schroeder, Candace Smith, and Linda Waddle. Titles recommended for teens are marked with the following symbols: YA, for books of general YA interest; YA/C, for books with particular curriculum value; YA/L, for books with a limited teenage audience; YA/M, for books best suited to mature teens.

Prom night crash kills favorite son. High-school senior Johnny Peterson was perfect in every way: kind, bright, handsome, tall, athletic, college-bound, responsible, brave, strong, and true. Yet a dreadful fate awaited this teenaged paragon: a convertible full of rowdy football players forced him in front of oncoming traffic on a southern California highway. His death was a terrible shock and so unfair (as Steel points out several times). Johnny wasn't drunk or high, and perhaps his quick reactions in those final terrible seconds saved everyone else who was with him. Oh, how will those who knew him well ever come to terms with their shock and grief, and find closure? Well, luckily, it's not long before Johnny returns in angelic guise to not only comfort his stricken family, but help them solve all their problems. And they have so many problems, beginning with Johnny's younger brother Bobby, completely mute and withdrawn into a lonely world of his own since the car accident five years ago that turned his guilt-ridden father Jim into a taciturn alcoholic. Shortly after Johnny's death, his mother Alice vomits blood and is taken, unconscious, to the hospital, where she is diagnosed with a bleeding ulcer. That's when Johnny appears, looking oh-so-real, to explain that people who die suddenly are sometimes allowed to return to help the living. He gently points out that his sister, the equally athletic Charlotte, never got enough attention. Could Alice persuade Jim to attend her games? She doubts it, but, lo and behold, morose Jim is now a changed man, 12-stepping his way to recovery. Bobby is visited by his dead brother, too, and starts talking at last. But can Johnny accept that his girlfriend Rebecca is now free to love another? Yes, though his heart is breaking. Simple prose, sentimental, with sure-fire YA appeal: less contrived than most of Steel's work (Answered Prayers, 2002), etc.). Copyright ©Kirkus Reviews, used with permission.
More book reviews at iDreamBooks.com