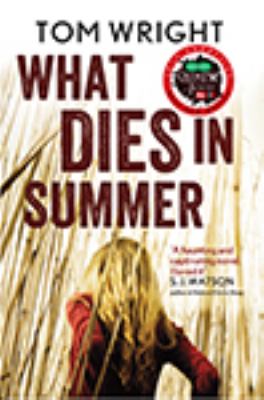 Genre/Form: Detective and mystery stories. | Thrillers (Fiction) | Large type books. | Detective and mystery fiction.DDC classification: WRI Online resources: Click here to access online Summary: Jim Beaudry, or Biscuit, as he's usually known, is a teenage boy trying to stay out of trouble. But trouble has a way of finding him, first in his nightmares and then in his waking life. When one summer afternoon Biscuit and his cousin L. A. discover the savaged body of a schoolgirl in the Texas wilderness, they are pulled into a manhunt that will put both of their lives in danger.
Tags from this library: No tags from this library for this title. Log in to add tags.

Jim Beaudry is a teenage boy trying to stay out of trouble. But trouble has a way of finding him. When he finds his cousin, L.A., on his porch one morning, bedraggled and shaking and unable to speak, he knows this can only mean bad news. Then Jim and L.A. discover the body of a girl in the wilderness.

Jim Beaudry, or Biscuit, as he's usually known, is a teenage boy trying to stay out of trouble. But trouble has a way of finding him, first in his nightmares and then in his waking life. When one summer afternoon Biscuit and his cousin L. A. discover the savaged body of a schoolgirl in the Texas wilderness, they are pulled into a manhunt that will put both of their lives in danger.

A coming-of-age Southern gothic about a boy, gifted with the Sight, who stumbles upon the body of a raped and murdered girl. Lots of foreign sales; stunning blurbs. (c) Copyright 2012. Library Journals LLC, a wholly owned subsidiary of Media Source, Inc. No redistribution permitted.

A fatherless boy who has "a touch of the Sight" teams up with his only cousin to find a killer in Wright's seductively suspenseful coming-of-age novel. Teenager James Beaudry lives in Texas with his sage Gram, who has raised him with a stern hand and warm heart. All is bucolic until cousin Lee Ann ("L.A.") arrives, shaken by some domestic trauma. Just as L.A. warms to life at Gram's, James has a vision of a dead girl, a vision eerily confirmed when he and L.A. discover the brutalized body of a local girl. Soon James and L.A. discover that someone has been snooping in their house, and that the dead girl they found was just one of a string of murders. Their sleuthing is aided by James's continued visions of dead girls who impart a cryptic message that could place L.A. in harm's way. Wright, a practicing psychologist, expertly weaves together a literary tapestry of self-discovery, brutal sadistic violence, custodial battles, and tender, burgeoning sexuality, leaving readers spellbound by a story that delivers on several levels. The author's impressive, multitiered storytelling talents are on brilliant display in this entrancing, impressive debut. Agent: Victoria Hobbs, A.M. Heath, U.K. (June) (c) Copyright PWxyz, LLC. All rights reserved.

*Starred Review* A succession of discoveries, each more shocking than the last, alters the world of cousins James Bonham and Lee Ann Rowe. Both teens have left their dysfunctional parents' homes for the safety of living nearby with their maternal grandmother, with whom they also share the gift of second sight. First they find the sexually mutilated body of a teenage girl who has been appearing in James' dreams, and police determine that she was the third victim of the same killer. Then devastating family secrets kept for generations are revealed, answering questions but tearing apart some of the fabric of their lives. When James and Lee Ann are asked by authorities to use their psychic abilities to help identify the killer, a deceptive sense of peace is achieved, and James joins his girlfriend's family for a vacation that's abruptly cut short. These events are all the more shocking for occurring during what otherwise seems a typical summer, with characters drinking sun tea on the porch to mitigate the Texas heat. Even with its hints of southern gothic and mysticism, this coming-of-age novel keeps its solidly quotidian background. An unusually accomplished and evocative debut, in which what dies is innocence.--Leber, Michele Copyright 2010 Booklist

Youngsters sometimes confront this hard world too soon, coming away scarred or stronger. In Wright's debut literary fiction, teenage James Bonham meets evil one summer. In an era when The Doors are on the radio and fans believe Elvis has grown too fat, James discovers his cousin, Lee Ann, on his grandmother's doorstep, nearly frozen and shocked into muteness. James, his father dead, lives with Gram. His mother, Leah, had moved them from Jacksboro, Texas, to Dallas, only to take up with a boyfriend, Jack, who fancied himself a boxer and used James as a practice punching bag. James and Lee Ann (daughter of Leah's sister, Rachel, and known as L.A. to the family) are almost the same age, old enough to drive, and great friends who are protective of one another. Wright's gift is superb characterization. Churchgoing Gram is firm, loving, accepting and solidly independent. Gram's dear friend Dr. Kepler taught at Southern Methodist but lost all faith when her family was sent to Hitler's ovens. Incidental characters sparkle, like Colossians Odell, a half-mad, street-dwelling basso profundo, and Froggy, neighborhood store clerk. L.A., "something hard and dangerous in her eyes," has been sexually abused by her father, Cam. That damage, and the childhood abuse of Rachel and Leah that still echoes, play out against the murders of three teenage girls. One body, mutilated and staged, is discovered by L.A. and James. Other threads blend into the complex narrative. James desperately wants Diana Chamfort, whose father, Don, is a Dallas police lieutenant leading the murder investigation. James' friend, Dee, a "gentle boy" with artistic talent, is relegated to military school with tragic results. Told from James' point of view, the story moves along believably as James is confused and overwhelmed by family crises, danger from the serial killer and his sexual desire for Diana, only to ultimately learn: "Maybe the big plan didn't call for people being entitled to explanations." A lyrical and realistic study of innocence lost.]] Copyright Kirkus Reviews, used with permission.
More book reviews at iDreamBooks.com