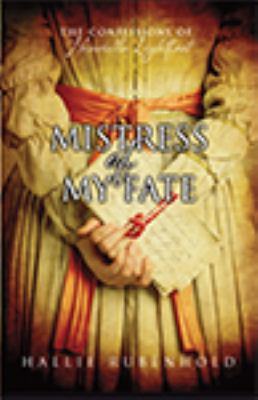 England in the 1780s. Henrietta is illegitimate, born to an aristocratic father and a courtesan. From the moment she draws breath, she is fated to live in the shadows of her cousin, the manipulative Lady Catherine. But when Henrietta meets Lord Allenham, her sisterly relationship with Lady Catherine turns into rivalry.

1789. I shall never forget that day in October - nor the decision I made. At seventeen, I was so ill-prepared for life, scarcely knowing how to dress myself, let alone how to board a mail coach at dead of night. I fled my home at Melmouth House, leaving those who both loved and hated me. Do read my tale closely, for there is much to be learned from a woman of my sort. I fell for every snare and trick of fate, so that you might not. My tale is not for the faint of heart - the prude, the high-minded and moral are likely to take offence. You have heard the lies and slander from others. Prepare now to hear the truth.

1789. I shall never forget that day in October - nor the decision I made. At seventeen, I was so ill-prepared for life, scarcely knowing how to dress myself, let alone how to board a mail coach at dead of night. I fled my home at Melmouth House, leaving those who both loved and hated me. Do read my tale closely, for there is much to be learned from a woman of my sort. I fell for every snare and trick of fate, so that you might not. My tale is not for the faint of heart - the prude, the high-minded and moral are likely to take offence. You have heard the lies and slander from others. Prepare now to hear the truth.

After her cousin's death, orphan Henrietta Ingerton flees horrible suspicions promoted by the vicious staff of her uncle's estate and seeks protection from the only person who cares for her: her deceased cousin's fiance, Lord Allenham, from whom Henrietta has received amorous secret correspondence. Allenham welcomes her generously, setting her up in a cottage of her own, but he too has secrets, and when he suddenly disappears, Henrietta follows him fruitlessly to London. There, completely out of funds, she is forced to support herself the only way a woman could at that time, i.e., by becoming Henrietta Lightfoot, a mistress and a rising star of the stage. VERDICT Historian Rubenhold (The Lady in Red) captures the end of the colorful, hard-living, hard-drinking Georgian age as it fades into the tender, sublime sensitivity of the Romantic era. The wonderfully authentic tone will captivate devotees of Walpole, Richardson, and Defoe but may fail to resonate with modern readers who struggle to relate to the heroine. Purchase only for die-hard historical fiction fans.-Cynthia Johnson, Cary Memorial Lib., Lexington, MA (c) Copyright 2012. Library Journals LLC, a wholly owned subsidiary of Media Source, Inc. No redistribution permitted.

Rubenhold's first novel reads like a very pleasing and well-researched game of dress up. All the hoped-for characters appear, from innocent ladies and dashing heroes, to scheming cousins and rakish rogues. The story is set in 18th century Britain and follows Henrietta Lightfoot, nee Ingerton, from her sheltered upbringing as the orphaned ward of a weathy uncle, into love and loss of reputation, and the difficulty of surviving in London as a lovely young woman without means of her own. The details of scene and costume are rich and engaging, and everyone does mostly what you expect of them to very satisfying effect. If the prose drags in places, Rubenhold makes up for it with a knack for keeping familiar types from slipping entirely into the two-dimensional. Rubenhold has also authored critically-acclaimed works of non-fiction, and her expert knowledge of the period and its literature is apparent in her novel. The richness of historical detail provides a good leavening against the more predictable elements of the plot: a good-natured romp among beautiful dresses, gothic turns, willful lovers, dastardly plots, lusty bon vivants, and even a ghost. Agent: Tina Bennett, Janklow and Nesbit. (Jan) © Copyright PWxyz, LLC. All rights reserved.

Historian Rubenhold exploits her in-depth knowledge of eighteenth-century British society to page-turning advantage in the first installment of a trilogy detailing the often titillating adventures of Henrietta Lightfoot. Although parentless, Henrietta is raised alongside her aristocratic cousins, the social lines that divide them clearly drawn. When Henrietta unexpectedly eclipses her cousin Catherine in the eyes of dashing Lord Allenham, and her true parentage is revealed, she must marry against her will or be cast aside completely. Fleeing into the illicit arms of the handsome lord, who harbors secrets of his own, she begins to unravel the mystery of her own past. When her lover disappears, she is forced, as an unconnected woman of her time and place, to rely on both her guile and her feminine charms to survive in the seamy underbelly of respectable society while she continues to search for her missing paramour. Devilry, debauchery, and desire reign supreme in volume one of this colorful Regency romp.--Flanagan, Margaret Copyright 2010 Booklist

First of a trilogy about virtue compromised and beauty commodified, set in late-18th-century England. As a child, Henrietta is brought into the London home of Lord and Lady Stavourley, to be raised along with their two sons and daughter, Catherine. Early on, Henrietta resigns herself to her position in the household--that of a poor cousin, who if she is lucky, will be Catherine's companion after she is married. After Catherine's coming-out, it is to lovely Henrietta that handsome Lord Allenham directs his attention. However, since Henrietta is penniless, and Lord Allenham's cash-strapped family estate needs shoring up, he courts Catherine. Catherine's engagement is announced, but all along Allenham has been secretly corresponding with Henrietta, professing his love. When a scheming housemaid turns the letters over to Catherine, she scratches Henrietta's face and vows revenge. However, days before the wedding, Catherine dies of a fever. As the Stavourley household mourns, Lord Stavourley reveals the truth: Henrietta is no cousin, but his illegitimate daughter. Since Henrietta is dowryless (a spiteful Lady Stavourley controls the purse strings), her only option is marriage to a clergyman of her father's choosing. Desperate, Henrietta flees to Allenham's country estate, where the two consummate their forbidden love. He sets her up in a comfortable cottage, but then, unknown circumstances (which may pertain to his political ambitions) compel him to leave. Fruitlessly searching for Allenham in London, Henrietta learns that her mother was Mrs. Kennedy, a famous courtesan who retired to live with a rich lover, St John. Arriving at St John's residence, she finds she is too late--Mrs. Kennedy died years before. At first St John seems avuncular, but his lustful intentions are soon apparent. Henrietta succumbs since she can't face making her living on the streets, particularly since she is newly pregnant with Allenham's child. Historian Rubenhold has fashioned a page turner rife with choice tidbits about London's demimonde, however readers, kept on tenterhooks by ever more precarious cliffhangers, may feel cheated by the ending. A tantalizing introduction.]] Copyright Kirkus Reviews, used with permission.
More book reviews at iDreamBooks.com