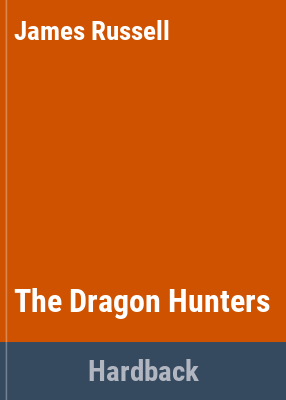 When a passing dragon flies off with their family dog, brothers Flynn and Paddy go to the rescue.

"Book one of The Dragon Brothers trilogy."

When a passing dragon flies off with their family dog, brothers Flynn and Paddy go to the rescue.

In this underwhelming opening entry in the Dragon Brothers picture book trilogy, two brothers attempt to retrieve their dog, Coco, from the dragon that has snatched her up; originally self-published in New Zealand, the books are slated to be published on an accelerated schedule in the U.S. Writing in often overworked rhymes, Russell follows the brothers, Flynn and Paddy, across their island home and up a mountain to the dragon's den, where they narrowly escape with Coco, thanks to Flynn's bravery and Paddy's quick thinking: "Now, never underestimate/ a boy's ability./ For with his rope the lad had tied/ the dragon to a tree." Choi brings an appropriately cinematic look to the brothers' death-defying quest, though both the central images and supplemental spot illustrations have a rough, unfinished look. By downloading a free augmented reality app, children can watch animations of the boys' adventures on maps that appear on the endpapers, but because the AR elements aren't integrated into the story in a meaningful way, they seem more likely to distract from the reading experience than amplify it. Ages 4-8. (Apr.) © Copyright PWxyz, LLC. All rights reserved.

Two brothers must save their beloved dog from a fierce dragon. One rainy day on a mystical island, sandy-haired, white brothers Flynn and Paddy's beloved chocolate Lab, Coco, is abducted by a scaly red dragon. The next day, the pair set out to rescue their beloved pooch. Locating the dragon's lair, they sneak in to save Coco. After the requisite close call with some fiery reptilian breath, the brothers retrieve Coco and return home in time for dinner and a tidy resolution. Full-page illustrations and small sketches accompany abcb quatrains, making for a pleasant if singsong-y read-aloud. However, Russell's tale of brothers working together to battle a fearsome beast manages to be both vague and wooden. Striving to break the mold, this volume offers an augmented-reality component wherein readers can download an app and scan the map on the endpapers, bringing it to life with tiny dragons flying in lazy circles and volcanoes puffing ethereal clouds. While it's an interesting gimmick, the story itself never fleshes out the boys' "wondrous island," rendering the AR component extraneous and turning it into more of a contrivance than a complement. This is the first in a trilogy; perhaps later books will offer more explanation and exploration than exposition. A too-familiar offering that relies too heavily upon vestigial technology and not enough upon its own internal workings. (Picture book. 4-7) Copyright Kirkus Reviews, used with permission.
More book reviews at iDreamBooks.com