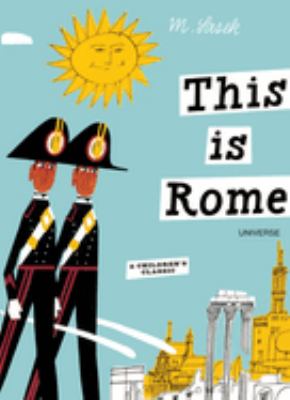 Like the other Sasek classics, this is a facsimile edition of the original book. The brilliant, vibrant illustrations have been meticulously preserved, remaining true to his vision more than 40 years later. Facts have been updated for the 21st-century, appearing on a "This is . . . Today" page at the back of the book. These charming illustrations, coupled with Sasek's witty, playful narrative, make for a perfect souvenir that will delight both children and their parents, many of whom will remember the series from their own childhoods. This is Rome , first published in 1960, traces the history of Roman civilization to bring to life the Rome of the 60's. Sasek navigates Rome's busy, winding streets to visit such glorious historical landmarks as the statues of Michelangelo, Vatican City, the Pantheon, and the Fontana di Trevi-and to show us the eccentricities of modern Roman life, from its colorful trains, trams, and taxis to its chic espresso bars and pasta houses.