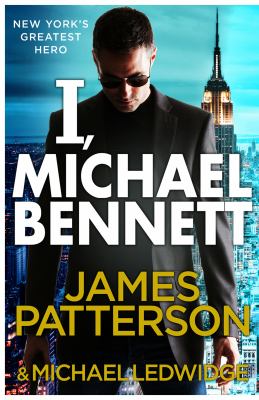 DDC classification: 813.6 Summary: Detective Michael Bennett hunts a master criminal who is terrorising New York - and targeting his ten children. When a South American crime lord brings the worst lawlessness the city has ever seen, Bennett takes his kids to upstate New York - but the violence follows them and they find themselves in the middle of a nightmare.
Tags from this library: No tags from this library for this title. Log in to add tags.
Fiction notes: Click to open in new window
Total holds: 0

<p>Detective Michael Bennett arrests an infamous South American crime lord in a deadly chase that leaves Bennett's lifelong friend Hughie McDonough dead. From jail, the prisoner vows to rain epic violence down upon New York City - and to get revenge on Michael Bennett.</p> <p>To escape the chaos, Bennett takes his ten kids and their beautiful nanny, Mary Catherine, on a much-needed vacation to his family's cabin near Newburgh, New York. But instead of the calm and happy town he remembers growing up in, they step into a nightmare. Newburgh is an inferno of warring gangs, and there's little the police - or Bennett - can do to keep the children safe.</p> <p>As violence overwhelms the state, Bennett is torn between protecting his hometown and saving New York City. A partner in his investigations, federal prosecutor Tara McLellan, brings him new weapons for the battle - and an attraction that endangers his relationship with Mary Catherine.</p> <p>A no-holds-barred, pedal-to-the-floor, action-packed novel, I, Michael Bennett is James Patterson at his most personal and most thrilling best.</p>

Detective Michael Bennett hunts a master criminal who is terrorising New York - and targeting his ten children. When a South American crime lord brings the worst lawlessness the city has ever seen, Bennett takes his kids to upstate New York - but the violence follows them and they find themselves in the middle of a nightmare.

NYPD detective Michael Bennett faces the most deadly threat of his career in this latest adventure from Patterson and Ledwidge. In an attempt to arrest Manuel Perrine, the head of a brutal Mexican drug cartel, Bennett and his fellow NYPD brethren turn up at the college graduation of the elusive criminal's daughter. The plan goes awry and, though Perrine is apprehended, the cost in lives is high. Now, from inside prison, Perrine exerts his power to exact revenge against everyone responsible for his detention, especially Michael Bennett. Bobby Cannavale's deep, well-modulated voice is perfect for Bennett's first-person narration. He fully inhabits the character as well as the detective's supporting cast. Jay Snyder skillfully narrates chapters written in the third person, imbuing his reading with an intensity that provides a counterpoint to Cannavale's more formal, deliberate style. Both readers know how to handle action sequences and keep a story moving from one suspenseful set piece to the next. This audiobook is a satisfying addition to Patterson and Ledwidge's series that won't disappoint fans. A Little, Brown hardcover. (July) (c) Copyright PWxyz, LLC. All rights reserved.

Patterson's partnership with Ledwidge is already up to the fifth installment in the perilous adventures of NYPD Detective Michael Bennett (Tick Tock, 2011, etc.). After long hours planning and praying and waiting for the perfect chance, the NYPDDEA task force charged with arresting Manuel "the Sun King" Perrine, head of Mexico's Tepito drug cartel, is ready to pounce. Despite some last-minute glitches that lead to the first of many casualties, they grab Perrine and lock him up. But Bennett, who's played a leading role in the task force, soon realizes that his troubles have only begun, because Perrine's many loyal, well-paid followers, lots of them only a phone call away from his Manhattan cell, really, really don't want to see him go down. Once Bennett turns down a $250 million bribe to turn Perrine loose, the gauntlet has been thrown, and he spends the rest of this shoot-'em-up dodging bullets, many of which find their way to less lucky targets. Perrine's eye-candy bodyguard, Marietta, is especially insinuating and emphatic in her threats, but whenever Bennett picks up the phone, it's the same deal: We're going to kill you, we're going to kill your family, we're going to kill two police officers a day until you release the Sun King. Nor are these idle threats. Perrine arranges for two of Bennett's 10 adopted children to get shot; his minions disrupt the legal proceedings with a bang; and those first two cops, at least, are toast. Will Bennett's loyal nanny-and-more, Mary Catherine, abandon her charges in their darkest hour? Will Perrine escape from custody in a made-for-the-movies sequence? Will Bennett finally close his case for good? Or will Patterson and Ledwidge ring down the curtain leaving the conflict unresolved and paving the way for a sequel? Stay tuned.]] Copyright Kirkus Reviews, used with permission.
More book reviews at iDreamBooks.com