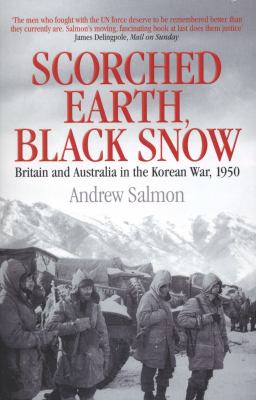 The first year of the Korean War was a tumultuous series of epic battles, ending in a legendary and harrowing retreat.

In the summer of 1950, British and Australian troops were dispatched to fight with UN forces in the savage struggle against communism in Korea.

After both triumph and tragedy while breaking out of the " Pusan Perimeter," 27th Brigade - the Argyll and Sutherland Highlanders and the Middlesex battalions, soon joined by the Royal Australians - spearheaded the UN drive north. After a spectacular series of battles, victory beckoned. 27th Brigade was halted to allow the Americans the glory of reaching the Chinese border.

But across the rugged border, in a shock counter-offensive, China stormed south. In a desperate action, 27th Brigade fought its way out of the trap, to join the UN Command on a harrowing, 200-mile ' bug out." And across the peninsula, surrounded by eight enemy divisions in terrain higher than Cassino and temperatures colder than Stalingrad, 41 Commando fought alongside US Marines at Chosin Reservoir - ' Hellfire Valley' , the most nightmarish battle fought by American or British troops in living memory - and escaped annihilation by a hair' s breadth.

'Scorched Earth, Black Snow' looks at the first year of the Korean War - a tumultuous series of epic battles, ending in a legendary and harrowing retreat.