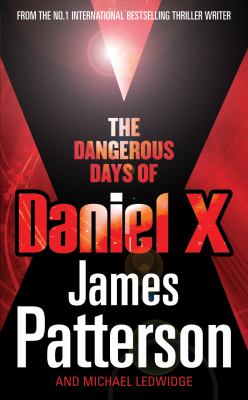 Daniel X works alone. Having watched from the shadows as the brutal murder of his own parents unfolded before him, he has been forced to make his own way in a dark and unforgiving world with a heavy task handed to him. Daniel's father was an alien hunter, working his way through a fearsome 'wanted' list of aliens intent on seeking control and wreaking devastation. But as he planned his next target, his own time was running out. Following his parents' sudden deaths, Daniel faced an uncertain future- he knew little about his family nor where he came from but a few things were clear, he had inherited the list from his father and a unique ability to create anything that he needs including some very devoted friends to help him along the way. His life has become dedicated to the mission. Every day has been transformed into a terrifying hunt, watching each step he takes for danger awaits around every corner and lurks within the shadows. His ultimate aim is to exact revenge against number 1 on his list- his parents' murderer. But first he must target the others- each more sinister and gruesome than the last.

Patterson jumps on the superheroes bandwagon with contributor Ledwidge and delivers the adventures of Daniel X, a superpowered alien whose mission is to defend Earth from more malignant, threatening aliens. In his first adventure, listeners hear the typical origin story (parents killed by the most vile alien on Earth), his early adventures (growing up on his own with amazing powers) and his first real step into manhood (facing off against another alien). The story throws in a few interesting twists, but isn't particularly dynamic as superhero narratives go. The production is sparsely sprinkled with sound effects, which work quite well and add to the story, but there is a lack of consistency to their execution. However, Milo Ventimiglia makes it worth the listen. His timing and inflection match perfectly with Daniel, the first-person protagonist. He sounds youthful enough to be believable as Daniel and easily transitions to other character voices within the story. A Little, Brown hardcover. (July) (c) Copyright PWxyz, LLC. All rights reserved
More book reviews at iDreamBooks.com