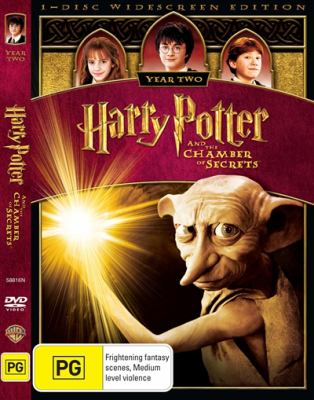 At head of title: Year two.

Based on the novel by J. K. Rowling.

"Cars fly, trees fight back and a mysterious elf comes to warn Harry Potter at the start of the second year of his amazing journey into the world of wizardry [...] From duelling clubs to rogue bludgers, it's a year of adventure and danger when bloody writing on the wall announces: The Chamber of Secrets has been opened."--Container.

Soundtrack in English; with subtitles in English, Arabic and English for the hearing impaired.