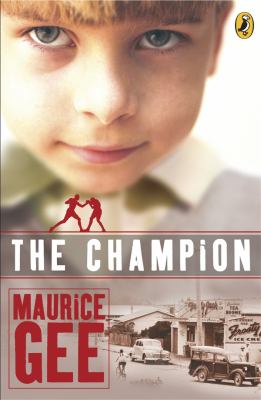 What do you answer when people say, 'Who was the most important person you've ever known?'... It was Jackson Coop. He changed my life - Jackson and the things that happened in those two weeks.
It is summer 1943 in a small New Zealand town, and a wounded American soldier is coming to stay with 12-year-old Rex and his family. Rex is full of expectations, but from the moment Jackson steps down from the bus there are surprises - and how could anyone predict the dramatic events which will unfold in the days to come?
Also available as an eBook

It is summer 1943 in a small New Zealand town, and a wounded American soldier is coming to stay with Rex and his family. Rex is full of expectations, but from the moment Jackson steps down from the bus there are surprises and how could anyone predict the dramatic events which will unfold in the days to come? Suggested level: intermediate, secondary.

In the vein of Summer of My German Soldier , this World War II novel traces the growing friendship between a young New Zealander and an American private on leave. Twelve-year-old Rex, who has spent a considerable amount of time fantasizing about battlefield heroics, is sorely disappointed to find that the soldier who is to stay in his home for two weeks is ``only'' a low-ranking black. Private Jackson Coop is not well received by the bigoted adults of Kettle Creek, but his sharp wit, honesty and gentle nature win him the affection of many children in the small community. After an incident at school, in which Jack gets the better of a cruel teacher, even Rex cannot help admiring the reluctant soldier from the Chicago slums. As it grows increasingly complex, this book sheds light onto the darkest sides of war, and the personal tragedies of its sharply defined characters will touch readers from all walks of life. Particularly memorable are Rex's eccentric grandparents; his father, whose dealings with the black market are a source of humor as well as tension; and two children, Dawn and Leo, who are perhaps the most sensitive to Private Coop's deep sadness. Wrought with as much intelligence as heart, this tender story can be savored many times. Ages 10-14. (Oct.) (c) Copyright PWxyz, LLC. All rights reserved

Gr 6-9-Rex Pascoe looks back on his childhood in New Zealand during World War II, when Jackson Coop, a black American soldier wounded in battle, stays with his family for two weeks as he recuperates. Rex's sister Gloria; his open-minded poet mother; and likable but scheming father welcome Jack with open arms, but it takes time for the then 12-year-old Rex to overcome his racial prejudice. The boy also resents that ``his soldier'' falls short of his image of a fearless hero, but he eventually joins his family and classmates in helping Jack cope with the racially motivated hostility of two American soldiers and of suspicious New Zealanders. The private finally goes AWOL, setting in motion a fast-paced, tragic climax. The man's fear of the war and his ironic views of his black identity ring true, but he's so kind, generous, and sensitive that he seems saintly compared to the mere mortals who surround him. Strong secondary characters give the story depth, and young readers are exposed to a vivid picture of another place and time. (Some may be offended by the narrator's casual use of the word ``Jap,'' but it's historically accurate.) Readers who overlook the simplistic portrait of Jack as a veritable paragon of virtue will find an involving, action-packed novel filled with well-developed characters.-Jack Forman, Mesa College Library, San Diego (c) Copyright 2010. Library Journals LLC, a wholly owned subsidiary of Media Source, Inc. No redistribution permitted.

Gr. 6-10. Twelve-year-old Rex is living World War II vicariously in Kettle Creek, New Zealand. When his mother tells him an American is coming to stay with them for two weeks to convalesce from his war wounds, Rex is thrilled. He imagines sharing his bedroom with a pilot whose plane was shot down in combat and, then, is both outraged and embarrassed when Jackson Coop arrives. Not only is Jack a mere private, but he is also a black, which means he has even less status than the Maoris and Dalmatians who are considered the lower classes. Worst of all, Jack admits to being afraid in battle. Gradually, Rex comes to see that Jack is a hero in his own way, a person who would rather avoid a fight but defends those weaker than himself. When Jack goes AWOL, Rex allies with Dawn, a girl who is part Maori, and Leo, a despised Dalmatian "squarehead," to hide Jack. Gee fills his book with memorable characters. Rex longs for the perfect hero and has trouble accepting Jack's abhorrence of battle. Rex's father is a scoundrel, who nonetheless has his own ethical code. Dawn loves her grandmother although she drove Dawn's mother away and waters the milk she sells to their neighbors. Leo will not let the bigots grind him down, not even the tyrannical teacher. Rex's mother writes poetry; his grandmother rides a motorcycle and gardens in the nude; his grandfather specializes in flawed inventions. The ending is neither predictable nor contrived; it leaves the reader hoping to meet some of these people again. ~--Sheilamae O'Hara

Rex, a sixth-grade boy, tells of his unique and memorable friendship with an African-American soldier named Jack, who furloughs with Rex's family during World War II. In their small New Zealand village, where most citizens have never seen a black person, crude racial stereotypes abound. Gee successfully creates strong characters and an adventurous plot. For Rex, Jack, who really does not like war, becomes a 'champion,' but the positive outcome of the novel is not enough to redeem the story. From HORN BOOK 1993, (c) Copyright 2010. The Horn Book, Inc., a wholly owned subsidiary of Media Source, Inc. No redistribution permitted.

In New Zealand in 1943, wounded American GIs were invited to local homes to convalesce. Drawing on his own boyhood, Gee depicts the dramatic, ultimately tragic, events surrounding the visit of one such soldier: Private Jackson Coop. ``Jack'' is nothing like the enemy-destroying hero that 12-year-old Rex Pascoe has conjured up after reading simplistic pulp fiction: he's courteous, quiet, kind--and black, which elicits enmity from several locals (though their own policeman is a Maori) and especially from two other GIs, Ozark rednecks. In a skillfully plotted sequence involving two more children (half-Maori Dawn and Croatian Leo, both also butts of prejudice), Rex comes to admire and finally to love Jack; in the end, after Jack goes AWOL rather than fight the rednecks, Rex and the others try to help him escape. Jack himself comprises too many clichés to be a fully realized character (he's musically and physically gifted, with street smarts learned in a Chicago slum), but he's an admirable one, well suited to contrast with Rex's superhero ideal--as well as with his flawed father Alf (``gabby tricky Dad, my crooked dad'') and his shady deals. A lively, idiosyncratic cast keeps the story moving; and while it's less intensely suspenseful than Gee's The Fire-Raiser (1992), it's another likable, thoughtful examination of wartime pressures and prejudices in a small, vividly portrayed New Zealand community. (Fiction. 10-14)
More book reviews at iDreamBooks.com