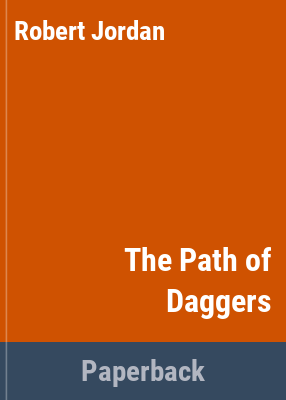 The path of daggers : Book eight of The wheel of time

With The Wheel of Time, Jordan has come to dominate the world Tolkien began to reveal. Jordan has created a universe so detailed that elaborate commentaries have developed on the Internet, news groups debate the fates of characters, sites on the World Wide Web attempt to foretell events looming in the promised eighth, ninth and tenth volumes of this series.' NEW YORK TIMES

The Wheel of Time has proved to be the most significant and biggest-selling fantasy series of recent years, its popularity and importance growing with each new novel. The eighth book, THE PATH OF DAGGERS, takes the story on to greater heights.