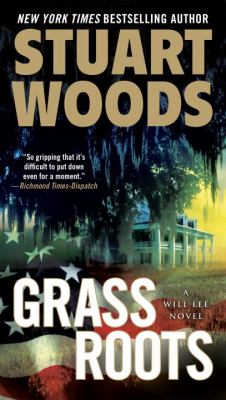 Genre/Form: Political fiction. | Detective and mystery fiction.Summary: Will Lee returns to his hometown, Delano, Georgia, to plan his Senate campaign strategies, only to become the object of hatred for a sinister white-supremacist group.
Tags from this library: No tags from this library for this title. Log in to add tags.
Fiction notes: Click to open in new window
No physical items for this record

In this breathtaking thriller from #1 New York Times bestselling author Stuart Woods, attorney Will Lee returns to his southern roots--and gets involved in a political firestorm that could make or break his career.

As a Georgia senator's chief of staff, attorney Will Lee knows what it takes to run a successful political campaign. With his sights on his own senate run in two years' time, he heads to Delano, Georgia--and back to his family's law practice--hoping to establish a presence in his home state. But his first case, defending a white man of murdering a black woman, puts Will on shaky ground. And when his boss is struck down and Will decides to run for his vacant seat, he's catapulted into the spotlight--and becomes a target for the shadowy forces who will stop at nothing to keep him out of office...

Will Lee returns to his hometown, Delano, Georgia, to plan his Senate campaign strategies, only to become the object of hatred for a sinister white-supremacist group.