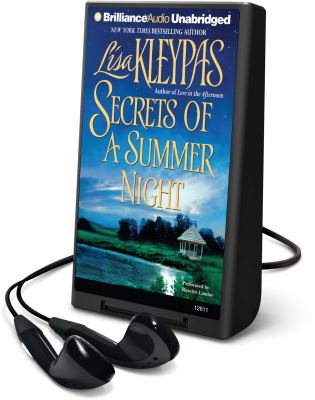 Four young ladies enter London society with one common goal: they must use their feminine wit and wiles to find a husband. So a daring husband-hunting scheme is born. Annabelle Peyton, determined to save her family from disaster, decides to use her beauty and wit to tempt a suitable nobleman into making an offer of marriage. But Annabelles most intriguing and persistent admirer, wealthy, powerful Simon Hunt, has made it clear that while he will introduce her to irresistible pleasure he will not offer marriage. Annabelle is determined to resist his unthinkable propositionbut it is impossible in the face of such skillful seduction. Her friends, looking to help, conspire to entice a more suitable gentleman to offer for Annabelle, for only then will she be safe from Simon and her own longings. But on one summer night, Annabelle succumbs to Simons passionate embrace and tempting kissesand she discovers that love is the most dangerous game of all.

One set of earphones and one AAA battery required for playback.

As Annabelle Peyton tries to trap a wealthy aristocrat into marriage, commoner Simon Hunt--a man only marginally accepted by society-pursues her. Soon, Annabelle begins to change her mindset about commoners.