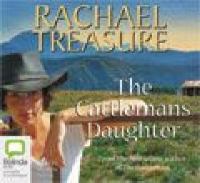 Robust country girl Emily Flanaghan and her country music star brother, Sam, have been raised in the rugged Dargo High Plains by their mountain cattleman father, Rod, but despite the beauty of their High Country heritage, all of them are lost in life.Emily, buried in the ordinariness of suburban motherhood, misses her mountains and is locked in an unhappy marriage to her wayward truckie husband, Clancy. In the city, Sam is being consumed in a world of drugs, money and wild women. Rod has also reached rock bottom after two decades fighting the government for the right to graze cattle on land that has been in the Flanagan family's care for generations. In a faraway city parliament, a bill to evict the cattlemen from the mountains is about to be passed, and Emily finds herself falling in love with the 'enemy', new Parks Ranger, Luke Bradshaw. On her journey, just as she sees that the land and Luke are the key to her life, Emily faces losing them both in the greatest challenge of all...

Country girl Emily Flanagan and her country music star brother, Sam, have been raised in the high country plains by their cattleman father, Rod. All of them are lost in life. Emily, buried in suburban motherhood, is locked in an unhappy marriage. Sam is being consumed in a world of drugs, money and wild women. Rod has reached rock bottom after years fighting the government over the land his family has looked after for generations. Now the government is passing a bill to evict the high country cattlemen ...