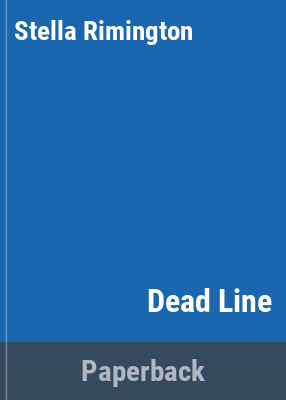 MI5 Officer Liz Carlyle returns in a powerfully suspenseful, psychologically riveting thriller to diffuse a terrorist plot.
As plans get under way for a Middle East peace conference at the Gleneagles resort in Scotland, MI5 Intelligence Officer Liz Carlyle is summoned to a meeting with her boss, who has just received an alarming tip: two individuals are mounting an operation to violently disrupt the conference and lay the blame on Syria, and Liz must stop them. No one knows who they are or exactly what they're planning, but given the stature of the conference attendees no chances can be taken. As the conference deadline draws closer, Liz keeps running into one dead end after another, and she begins to understand that the threat is far greater than she could have imagined.

Liz Carlyle makes her fifth foray (after Illegal Action) into thwarting the vile plots of evildoers, this time at the famed Gleneagles resort in Scotland, site of an upcoming peace summit. For its Middle Eastern players, the tense quest has never looked this promising, but reports point to a wily saboteur at work. Liz plumbs deeply into her quirky intuition to snag the elusive plotter but is catastrophically sidelined by a traffic accident. Or not? Rimington, onetime head of the famed British spy agency MI5, creates a tight cat's cradle of a plot along with plenty of realistic tradecraft and a shimmer of romance for a terrific summer read. VERDICT Suspense-loving Anglophiles will want to stock up on this and earlier Carlyle titles as well. And readers who have read all of Gayle Lynds's thrillers might want to try Rimington. [Ebook ISBN 978-0-307-59375-7.]-Barbara Conaty, Falls Church, VA (c) Copyright 2010. Library Journals LLC, a wholly owned subsidiary of Media Source, Inc. No redistribution permitted.

In Rimington's fine fourth spy thriller to feature MI5 officer Liz Carlyle (after Illegal Asset), the 35-year-old counterespionage agent takes the lead in unraveling disturbing intelligence received from MI6 regarding a plot to disrupt an upcoming Middle East peace conference in Scotland. According to a Syrian source, a Lebanese businessman living in London and a freelance journalist are suspected of planning to lay the blame for the projected attack on Syria. With the high-profile conference quickly approaching, every clue raises more questions for Liz, who begins to wonder if the intelligence wasn't all just disinformation. Liz's intuition proves correct when she uncovers an ingenious conspiracy that, if successful, could throw the entire Middle East into chaos. Rimington, the former director general of MI5, can be a bit methodical at points, but the impressively Ludlumesque plot will keep readers blissfully turning the pages until the end. (July) (c) Copyright PWxyz, LLC. All rights reserved

Rimington brings a great deal of credibility to her espionage thrillers she worked in MI,5, Britain's intelligence agency, for 27 years and was serving as director general of the agency at the time of her retirement in 1996. She has mined that experience in an autobiography published in the UK, Open Secret (2001), and three previous spy novels starring MI5 officer Liz Carlyle. This time Carlyle is the pivot point for a tale involving a plot to disrupt an upcoming Mideast peace conference in Gleneagles, Scotland. Much of the novel constitutes MI5's build-up to the conference. What could be tedious in another author's hands is absolutely sweat-inducing in Rimington's, as she guides readers through the terrorist plot, the intelligence counterplot, and the protocol involved in staging a conference. A secondary story line stems from Carlyle herself an old friend asks her to check out the young admirer of the mother-in-law, who may be involved in Israeli intelligence. Fast moving, engrossing, and well constructed.--Fletcher, Connie Copyright 2010 Booklist

Who's trying to torpedo the latest round of Mideast peace talks?According to Peter Templeton, head of MI6's Cyprus station, a trusted source has told him that two men, Lebanese importer Sami Veshara and freelance journalist Chris Marcham, plan to subvert the peace conference scheduled at a quiet Scottish shooting resort and cast the blame on Syria. The questions for Liz Carlyle and her counter-espionage colleagues in MI5 are clear: Is the intelligence credible? If it is, what exactly is the nature of the threat? What motives do the two accused conspirators have? Finally, given the stakes of the conference, should MI5 let Syria's secret service deal with the alleged plotters, or protect and interrogate them? But none of these questions is easy to answer because, in Liz's world, nothing is quite what it seems. Marcham's relationship with Alexander Ledingham, who's fascinated with churches, has a dark side. American divorce Hannah Gold's new friendship with Israeli trade attach Danny Kollek bears closer examination. Aleppo, the hot new intelligence source for Ben Ahmad, of Syrian counter-terrorism, is more mysterious and powerful than any source Ahmad has used before. The wires are crossed between Andy Bokus, the head of the CIA's London office, and Charles Wetherby, Liz's boss at MI5, but not for the reasons they think. Liz is even wrong about Edward Treglown, the new man in her mother's life. Sorting through the thicket of plots and red herringssome planted by a devious and manipulative villain, others less forgivably tossed in by Rimington herselfLiz, together with her friend Peggy Kinsolving and debonair Miles Brookhaven of the CIA, identifies the likely source of the trouble just in time for the obligatory action-packed showdown in the Scottish hills.A lumpy tale with a retro baddie and too many subplots, but still a step up from Illegal Action (2008). Maybe Liz, who's certainly earned it, needs some time to herself. Copyright Kirkus Reviews, used with permission.
More book reviews at iDreamBooks.com