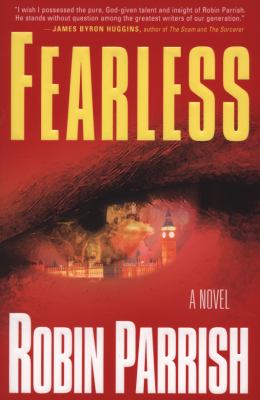 In Book 1 of the Mary Hardy Series we meet Mary Hardy, the widow of a murdered Texas Ranger, as she teams up with Texas Ranger Jack Reynolds. Jack is on the trail of the Moss Gang after they murder everyone on a stagecoach. Hardy insists he take her along, and she is instrumental in finding and killing Moss in a gun battle.Jack takes Hardy to Austin and introduces her to Texas Ranger Captain McAnelly where she is hired as the first female Texas Ranger. She then sets off with Jack on a series of adventures while a romance blooms between them. As circumstances threaten to drive them apart they begin to wonder if they can manage both their personal lives and their professional jobs as Texas Rangers.

This second thriller in Parrish's trilogy (after Relentless) takes place in a world pounded by floods, fires, and apocalyptic disasters. Humanity's only hope may be a man with superhero qualities called The Guardian.Parrish lives in North Carolina. (c) Copyright 2010. Library Journals LLC, a wholly owned subsidiary of Media Source, Inc. No redistribution permitted.
More book reviews at iDreamBooks.com