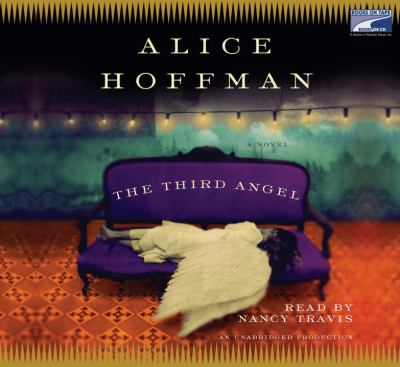 A magical story charting the lives of three women in love with the wrong men - there is no future in their relationships.

Once again, novelist Hoffman (Skylight Confessions) weaves a mesmerizing tale of the human condition, this time examining the nature of love. Set in London, her new novel tells the story of three different women, tangentially connected. The book's first part focuses on self-absorbed Maddy Heller, who has always coveted her sister Allie's life. That obsession continues when she has an affair with Allie's terminally ill fiance, Paul. The second part travels back in time to follow Paul's mother, Frieda, as she becomes involved with an engaged and tragic rock star. The final section concerns Maddy and Allie's mother, Lucy Green, who was in the middle of a fraught love triangle many years before having the girls. Each of these women has lost her faith and each searches for the one angel on earth who can renew it for her. A solid story with a haunting plot line and interesting characters, this latest novel is sure to please Hoffman's fans and win over new readers. Recommended for all public library fiction collections.-Nanci Milone Hill, Nevins Memorial Lib., Metheun, MA (c) Copyright 2010. Library Journals LLC, a wholly owned subsidiary of Media Source, Inc. No redistribution permitted.

In this elegant and stunning novel, veteran heartstring-puller Hoffman (Here on Earth; Seventh Heaven) examines the lives of three women at different crossroads in their lives, tying their London-centered stories together in devastating retrospect. High powered New York attorney Maddy Heller arrives in 1999 London having had an affair with Paul, her sister Allie's fiance,; she must now cope with the impending marriage, and with Paul's terminal illness-which echoes the girls' mother's cancer during their childhood. Hoffman then shifts to heady 1966 London and to Frieda Lewis, Paul's future mother, who falls for a doomed up-and-coming songwriter knowing he will break her heart. The narrative then shifts further back, to 1952 and to Maddy and Allie's future mother, Lucy Green. A bookish 12-year-old wise beyond her years, Lucy sails with her father and stepmother from New York to London for a wedding. There, she becomes an innocent catalyst to a devastating event involving a love triangle. Hoffman interweaves the three stories, gazing unerringly into forces that cause some people to self-destruct ("There was no such thing as too much for a girl who thought she was second best") and others to find inner strength to last a lifetime. (Apr.) (c) Copyright PWxyz, LLC. All rights reserved

*Starred Review* Over the course of writing more than two dozen works of fiction, Hoffman has created her very own form, the heartbreak fairy tale. Her latest and one of her best is an exceptionally well-structured, beguiling, and affecting triptych of catastrophic love stories, each laced with patterns of three and anchored to a haunted London hotel. In the first and most contemporary tale, Maddy stays at the hotel while visiting her soon-to-be-married sister and falling for her sister's fiancé. Set in 1966, the middle tale features rebellious young Frieda, a college dropout working as a maid at the hotel who tries to rescue a junkie rock musician. Finally, the tragic story of the hotel's ghost revolves around precocious young Lucy, whose inadvertent role in a fatal love triangle wounds her very soul. A kind doctor repeats the novel's mantra when he says that we are accompanied by the Angel of Life, the Angel of Death, and the Third Angel, the one who walks among us, and, like us, needs compassion. Not only is Hoffman spellbinding in this incandescent fusion of dark romance and penetrating psychic insight, she also opens diverse and compelling worlds, dramatizes the shocks and revelations that forge the self, and reveals the necessity and toll of empathy and kindness. Hoffman has transcended her own genre.--Seaman, Donna Copyright 2007 Booklist

A ghost in a down-at-the-heels London hotel ties together three tragic romances in Hoffman's latest (Skylight Confessions, 2007, etc.). Though all three episodes are strongly conceived with complex characters, the connecting material includes carelessly repetitive plot devices (warring sisters, cancer-stricken mothers), highly improbable links among the major figures and a seriously overused blue heron. The "third angel" metaphor is also heavy-handed, but at least has a tangible connection to the plot. In addition to the Angel of Life and the Angel of Death, Dr. Lewis tells his daughter Frieda, there's a Third Angel, "who walked among us, who sometimes lay sick in bed, begging for human compassion." Frieda passes along this insight to Allie, who marries Frieda's dying son Paul during the summer of 1999 in the novel's first section. Though Allie's furiously jealous younger sister Maddy does everything she can to destroy the wedding--including sleeping with Paul, who's trying to convince his fiance that he doesn't deserve her--nothing can kill the love that blossoms in Allie as Paul's illness grows mortal. Section two moves back to 1966, when 19-year-old Frieda has fled her father's plans for her to become a doctor and gone to work as a maid at the Lion Park Hotel. Frieda falls in love with Jamie, the junkie rock star in Room 708, and writes him two songs: "The Third Angel" and "The Ghost of Michael Macklin." The latter is about the specter introduced in the book's opening pages, when Maddy hears shouting in Room 707 and learns that something terrible happened there in 1952. In fact, it was Maddy and Allie's mother, then 12 years old, who witnessed the incident that created the ghost, an outgrowth of yet another doomed wedding. The particulars are recounted in the closing section, which features another cluster of full-bodied characters. By now, however, the piling up of disasters and coincidences has become ridiculous. Some moving material about love and loss, swamped by authorial excess. Copyright ©Kirkus Reviews, used with permission.
More book reviews at iDreamBooks.com