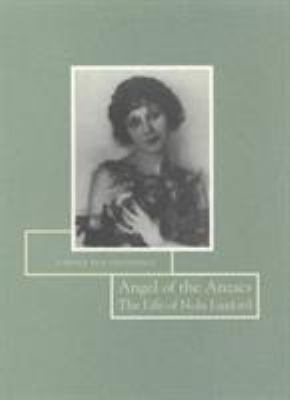 Angel of the ANZACS : the life of Nola Luxford / Carole van Grondelle.

Nola Luxford left New Zealand in 1919 for Hollywood. She was 23 years old and determined to distinguish herself after a family scandal in New Zealand. In Hollywood she appeared in films with Harold Lloyd and Katharine Hepburn. In the 1930s, she made her radio debut broadcasting reports of the 1932 Olympic Games for NBC, and eventually landed in New York as one of the first women network news announcers in America. It was here that Nola became famous for running the Anzac Club during World War II. Her extraordinary contacts in New York society meant that thousands of visiting Australian and New Zealand servicemen experienced the best of the city's theatre, music, art and opera, for free. Nola was awarded the OBE, and earned the praise of Winston Churchill, Dwight Eisenhower and Peter Fraser.

Angel of the Anzacs recreates Nola's triumphant public life, and also her deeply troubled personal life. Her hasty first marriage and escape to California, her years in Hollywood battling 'the wolves of the picture game', including the persistent advances of the writer Zane Grey, her efforts to rise above the stigma of her two divorces, and years of haunting poverty, form the subtext of Nola's glittering career.