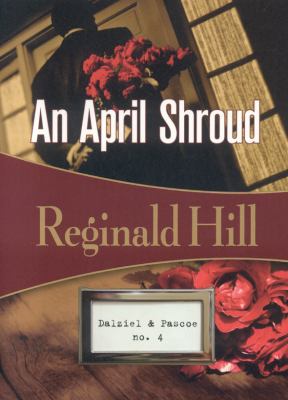 The phrase ?a country-house mystery? evokes an image of 1930s fops in dinner jackets, starched family retainers, slinky femme fatales. It does not evoke an image of the belching Andy Dalziel, and yet there he is, on an enforced holiday, fetched up to a crumbling country manor, and sticking his bulbous nose into the late owner?s unusual demise. As this is in fact the 1970s, the fops are sporting t-shirts and unfortunate facial hair, and the family retainer is knocking ash into the microwaved stew. But there is a femme, and while she may or may not be fatale, she?s fabulous enough to waken even Dalziel?s long dormant romantic dreams.

Fans of Hill's procedurals featuring Superintendent Dalziel and Inspector Pascoe may be startled at encountering Dalziel out of character. In the first U.S. publication of a 1975 work, Dalziel is mainly on his own, during Pascoe's honeymoon, and is, if not in love, at least in lust. Stranded in the country by heavy April rains, Dalziel is rescued by an odd funeral procesion led by new widow Bonnie Fielding. Dalziel is bothered by the mourners' casual airs and even more by the sensuously ripe Bonnie. Complications arise when he discovers the strange manner in which Bonnie's husband died, the possibility of an insurance scam, the mortal fear of Bonnie's father-in-law and the realization that all the Fieldings, including Bonnie, are suspects in a possible murder. The usually gruff, if not brutish, Dalziel begins an affair with Bonnie and when two more bodies are found he launches his own discreet investigation. Hill's high standards of humor and civilized characterization are intact here, and justice and ambiguity are served in satisfactory fashion. (April 28) (c) Copyright PWxyz, LLC. All rights reserved

First US publication for a 1975 Dalziel/Pascoe mystery (cf. Ruling Passion, A Clubbable Woman, etc.)--which begins with Pascoe's wedding to whiplash-smart Ellie and then sends fat, depressed, surly Dalziel off on his own, looking for a vacation-spot. . .but finding only a very creepy, black-comic sort of busman's holiday. When his car breaks down amid April countryside floods, you see, Dalziel joins a weird, floating funeral procession--and winds up taking shelter with the grieving (well, semi-grieving) Fielding family. They're just buried father Conrad Fielding, who died accidentally O), pierced by an electric drill, while working on the family's current enterprise: converting an old house into a restaurant in the medieval-banquet-hall manner. And now, while widow Bonnie Wonders how to keep this bankrupted project going, son Nigel disappears, as does the sexy live-in cook--who soon turns up dead, along with the insurance investigator assigned to Conrad's accidental-death case. Also complicating matters: Dalziel's attraction to the comely widow (whose previous husband also died in iffy circumstances); and the cranky doings of Grandpa Fielding, a poet who has just received (ungraciously) a $15,000 grant from an American foundation. No great suspense or surprises--but, with a lake-chase at the close and other bits of watery atmosphere, this is a solid entertainment in the Hill manner: sardonic, darkly funny, occasionally even a little haunting, with foul Dalziel at his most grimly vulnerable. Copyright ©Kirkus Reviews, used with permission.
More book reviews at iDreamBooks.com