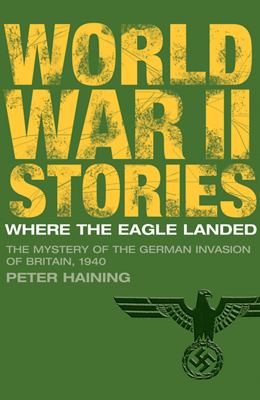 Where the eagle landed : the mystery of the German invasion of Britain, 1940 / Peter Haining.

Using recently declassified documents, eyewitness accounts and contemporary reports, Peter Haining investigates and solves an enduring mystery of the Second World War: whether, in 1940, German troops landed on the coast of East Anglia in a prelude to an invasion of Britain that was then only weeks, perhaps days, away. Now in paperback, Where the Eagle Landed sheds new light on a particularly fraught period of Britain's wartime history.