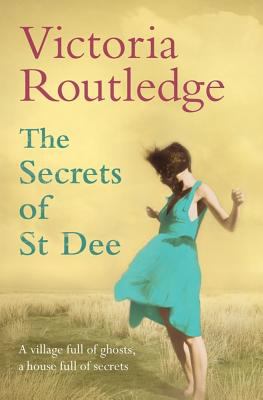 Since its rushed and secretive evacuation in 1942, the isolated village of St Dee has remained undisturbed on the Salisbury Plain. Rumours have abounded for decades about the reasons for the villagers' uprooting: was it earmarked for experimental gas testing? Campaigns to reinstate the inhabitants after the war fell on deaf ears, until suddenly, in 2006, the land is returned to the surviving relatives of the original families, who are invited to return to St Dee and bring the ghost village back to life. After a childhood touring US Army bases, the offer of an English country cottage is something Carrie Armstrong's always dreamed of, even if it comes via her husband Mark's painful family past. It's a chance for them to leave their cramped London flat and start thinking about the family they want to have. And there's plenty to inspire Carrie in St Dee: picture perfect cottages, a village green, idiosyncratic villagers. But as she begins to settle into the strange new world of St Dee, she soon realises that the independence that used to feel so modern in London may well be masking a more disturbing lack of understanding between her and Mark. Especially since he shows no sign of abandoning his trips back to town or opening up to her about his past. And as she discovers more about the original owners of the house, Mark's tragic grandmother, Lily, and her older schoolmaster husband, Jack, the more Carrie begins to realise that the secrets of the house are really nothing compared with the secrets of her own relationship . . .