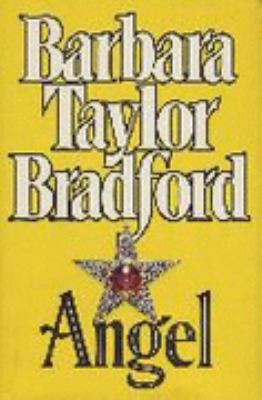 Once again Bradford's ( A Woman of Substance ) characters are purely secondary to the settings--rather like Architectural Digest married to Vogue . No matter what disaster strikes plucky heroine Rose Madigan--and there are many--every item of her apparel is minutely described, with particular attention paid to its label. This trick goes a long way to cover up the basic superficiality of the dramatis personae. Rosie is a world-famous costume designer for the screen and the sister of an undercover policeman named Kevin. In their early youth, the two were part of a circle of six friends who banded together against the vicissitudes of their respective family lives. One has been lost to drugs, one has vanished without a trace, another, Nell Jeffrey, is a high-powered theatrical agent, and the last, Gavin Ambrose, has become a major movie star. Gavin and Rosie, currently friends and co-workers, were once lovers, as Kevin and Nell are now; Gavin is unhappily married and Rosie is strongly tied to her estranged French husband's family, whose members live in a lavishly appointed chateau. Rosie scuttles off to France whenever she can to offer emotional and financial support to her in-laws. Meanwhile, she makes the acquaintance of rock music megastar Johnny Fortune, who showers her with gifts and passionate declarations of love, little suspecting that her brother is involved in an investigation which will bring disaster to Johnny's mafioso family. The dialogue is even more unbelievable and studded with cliches, while the love scenes are unintentionally hilarious. This is the '90s, though, and at least everyone uses protection as they go from bed to bed. Those who thrive on fantasies about the rich and famous will lap this up. Major ad/promo. (May) (c) Copyright PWxyz, LLC. All rights reserved

Bradford has never really matched her A Woman of Substance (1979) in plot go-go and sentimental appeal. Here, again, is another eddy of love troubles among rich ciphers who circle limply at low speed. It's a good hundred pages into this biggie before the relationships among the personae are clarified. But center stage through it all is costume designer Rosie Madigan, who's been creating for film star Gavin Ambrose, an old friend. Gavin is about to launch a Napoleonic saga, which is handy for Rose since she has family in France: estranged nasty husband Guy; Guy's père, the Comte Montfleurie, whom Rosie adores; and le Comte's widowed daughter-in-law and her children. As for action in France: there'll be one death, one divorce, one match-making. But, then, back in America, there'll also be a love blasting into Rosie's life-- popular ``balladeer,'' Johnny Fortune, from a devoted Mafia family, is jolted with interest when Rosie admires his English Regency dessert stands and his George III candlesticks. Johnny's agent is Nell (another old friend), who's involved with none other than Kevin, Rosie's brother and an undercover NYPD cop. And guess whom he's out to smash? (Poor Johnny has never known what his uncles do for a living.) Never seen is Rosie's sister Sunny, gonzo on drugs and institutionalized, and Mikey, gone forever but where? Meanwhile, since everyone is gold-plated or famous already, it's love and more love that's the game. But can Rosie find happiness with a singing idol? Bradford latches onto detail like a terrier, so it's not surprising that the sex scenes are miracles of painstaking exposition, with the occasional précis: ``Their mouths were locked; they were welded together.'' Compared to peers like Steel and Krantz, Bradford is all elbows--but count on her rep to nudge this creaking craft up the charts.
More book reviews at iDreamBooks.com