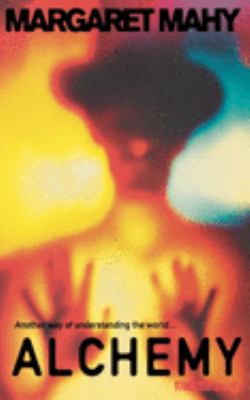 Contents:
Novel for young adults by a New Zealand author. -Seventeen-year-old Roland discovers that an unpopular girl in his school is studying alchemy and finds that their destiny is linked with that of a power-hungry magician. Suggested level: intermediate, secondary.
Tags from this library: No tags from this library for this title. Log in to add tags.
Fiction notes: Click to open in new window
No physical items for this record

<p>Mindblowing new novel from multi-awardwinning author, Margaret Mahy.</p> <p>Roland has everything a young man could wish for - good looks, enough money, a cool relationship with his mother, ready wit, intelligence, a sexy girlfriend, a perfect school record. So the fact that he committed a petty crime and that, somehow, one of his teachers knows about it is something he can hardly explain to himself, let alone anyone else.<br> <br> The teacher, Mr Hudson, uses this knowledge to blackmail Roland into befriending the school misfit - Jess Ferret. The reason he gives is concern for her wellbeing, but even Roland finds this rather far-fetched. And when Jess doesn't respond to his confident advances, he becomes intrigued with the girl for his own reasons.<br> <br> Roland discovers Jess's dark secret and also finds that he has one of his own...</p>

Novel for young adults by a New Zealand author.

Novel for young adults by a New Zealand author. -Seventeen-year-old Roland discovers that an unpopular girl in his school is studying alchemy and finds that their destiny is linked with that of a power-hungry magician. Suggested level: intermediate, secondary.

Veteran author Mahy (The Changeover; The Tricksters) again displays her knack for expressing family tensions via supernatural events in this uneven but often gripping novel. Seventeen-year-old Roland, one of the "top guys" at school, finds his carefully controlled life taking some surprising turns, beginning when he uncharacteristically (and inexplicably) shoplifts at the local store. Although Roland isn't caught, his English teacher knows about the incident and uses it to blackmail him into cozying up to a classmate, the loner Jess Ferret. As Roland slowly learns of Jess's interest in alchemy, he becomes reacquainted with his own magical powers and also must face his feelings about his father, who left the family seven years previously. Like a fairytale prince (albeit in a contemporary New Zealand setting), Roland rushes to Jess's aid, rescuing her from a greedy mage as well as a familial disaster she herself created. While some readers may chafe at the lengthy set-up and the disproportionately hasty wrap-up, many will find sufficient payoff in watching Roland's slick, painstakingly constructed persona melt in a blaze of real feeling. Mahy's fans will relish the combination of realistic, full-bodied characters and elaborately plotted fantasy. Ages 12-up. (Apr.) (c) Copyright PWxyz, LLC. All rights reserved

Gr 8 Up-This book can be read on several levels. As a story of magical powers, alchemy, and spirits, it may attract readers looking for a suspenseful thriller. But it can also be read as a metaphor, cautioning of the dangers of denying one's true self. Outwardly, Roland, 17, appears to have everything-popularity, good grades, and a terrific girlfriend. But he also has a strange, recurring dream and hears inner voices warning him away from something he does not understand. Then, inexplicably, he shoplifts some inconsequential items from a local store. A teacher confronts him with his crime and makes an odd proposal: he will tell no one of the incident if Roland will find out what is going on in the life of classmate Jess Ferret. As Roland begins to investigate her, he learns that his terrifying dream is actually a memory, his shoplifting an act beyond his control. He meets Quando, the magician from his dream and, not coincidentally, his teacher's brother. Jess is not what she has appeared to be, and she sees that sinister forces are endangering Roland, and herself as well. The story becomes a battle between good and evil as Quando greedily seeks to steal the teens' powers. The idea that love and hate can release powerful energy to move the universe for good or ill is presented in a unique yet understandable way. The closing struggle leads too quickly to the resolution of several long-standing problems but the outcomes will satisfy readers looking for a hopeful ending. This is not a book that will attract a wide readership, but it deserves a place on library shelves for those teens who are willing to look beyond the surface and delve a little deeper.-Bruce Anne Shook, Mendenhall Middle School, Greensboro, NC (c) Copyright 2010. Library Journals LLC, a wholly owned subsidiary of Media Source, Inc. No redistribution permitted.

Gr. 7^-10. Seventeen-year-old Roland has long had a nightmare about being locked in a magician's box. While the audience thinks he's "disappeared," his young self is actually hanging in space. Now what he's always thought has been a dream becomes a horrifying reality as he meets up with the nefarious magician Quando. Mahy, whose thrillers are both complex and literary, once again provides a multilayered story that can be appreciated on several levels. Some readers will respond to the way the frightening encroaches on the everyday. A teacher blackmails Roland to spy on the reclusive Jess Ferret. Strange, sinister things are happening at Jess' house and beyond, and as Roland is drawn in, the wall between family and school life crumbles. Other readers will appreciate the more traditionally ghoulish aspects of the narrative, which allow Mahy to show off her full range of descriptive talents. Although the story seems overdrawn in places, fans of the genre in general (and Mahy, in particular) will find that this meets their expectations. --Ilene Cooper

(High School) Mahy is up to her usual supernatural tricks--meaning anything but usual--in this contemporary tale of seventeen-year-old Roland, who seems on the surface to have it all (""licensed to drive, a moderately well-to-do student, a prefect,"" and going out with the most beautiful girl in school). Haunted by a recurring dream of himself at age four, placed in a coffin--and changed in some frightening way--by a magician named Quando, Roland struggles against this dream in his ordinary daily life. When his English teacher accuses him of shoplifting and proposes a bargain so that Roland won't be disgraced at school and home, Mahy slips from the real world into the fantastical, though she handles this transition with perhaps less finesse than she generally demonstrates. Roland is blackmailed, essentially, by his teacher into spying on Jess Ferret, an unpopular girl from school who is obsessed with alchemy and whose ""chilling"" and ""unnaturally still"" house becomes the locus of the book. Mahy is at her best when all the pieces of this not-altogether-satisfying puzzle come together. Roland, despite an insistent voice throughout the novel warning him to ""take care,"" abandons caution to save Jess; together, they restore to Jess's home ""a natural sphere of disorder"" through the true alchemy of a kiss and love. With her linguistic adroitness, Mahy repeats and plays with Browning's ""Childe Roland to the dark tower came""; but one wonders how much she designed this novel to serve the allusion rather than the other way around. (c) Copyright 2010. The Horn Book, Inc., a wholly owned subsidiary of Media Source, Inc. No redistribution permitted. All rights reserved.

A prep-school boy blackmailed for shoplifting, a classmate involved in alchemy, and a vampiric magician collecting other people's powers are embroiled in a test of wills and powers that threatens their very lives. Quando the Magician, like Carmody Braque in Mahy's The Changeover (1988), wants to suck the life and power out of his victims to enhance his own power, and Roland Fairfield, age 17, is his pawn. Roland, initially only concerned with saving his relationship with his beautiful girlfriend and protecting his reputation as prefect at Crichton Academy, ends up falling in love with Jess Ferret, fighting evil forces, and learning something about friendship, family, and the value of everyday life. Jess lives by herself in a big, mysterious house frozen in time. An alchemist, but not the turn-lead-into-gold kind, Jess urges Roland to learn the alchemists' intuitive way of apprehending the everyday world--appreciating the ordinary, overlooked pleasures of colors, sounds, books, flowers, ice cream, and the lovely messiness of family life. Jess and Roland have powers not fully tested, and it is in their alliance that they are able to hold off Quando and, like alchemists, make something new out of their lives. The elements of Mahy's best young-adult novels are here--the supernatural presence, the young protagonists with untested powers, the tribute to love and everyday family life, and rich language--but too much is explained and the resolution is quick after a carefully developed plot. Still, as a tale with likable protagonists, a ghastly villain, and ghostly special effects, it offers a thrilling ride. (Fiction. YA) Copyright ©Kirkus Reviews, used with permission.
More book reviews at iDreamBooks.com