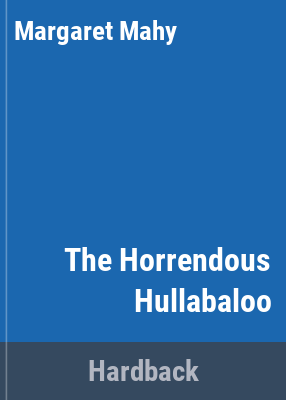 "A Vanessa Hamilton book produced in association with Gyldendal, Copenhagen"--Prelims.

PW enjoyed both text (``spiced with alliterative amusements'') and art (``brilliantly colored batik paintings [that] celebrate... joyful noise'') in this larky tale of a young pirate, his aunt and his parrot. Ages 3-8. (Aug.) (c) Copyright PWxyz, LLC. All rights reserved

Ages 4-7. When Peregrine the pirate is home, his aunt keeps house for him and his parrot. The aunt, sporting a skull-and-crossbones pinafore, suggests that Peregrine take her along to his nightly pirate parties, but he rebuffs her, saying, "all the other pirates would laugh at me." Fiercely independent, the aunt plans a secret party of her own, then sails off with Peregrine's parrot on Peregrine's ship, leaving her nephew the pinafore and the chores. This turnabout tale may not be a traditional pirate story, but it's a satisfying one. MacCarthy's vivid watercolor illustrations feature juxtapositions of intense colors as well as washes with a lighter, more fluid look. Her use of white line, rather than the usual black, to outline spaces, figures, and features gives the artwork an eye-catching quality. A possible story-hour choice. ~--Carolyn Phelan

This book is a happy helping of hilarious hyperbole full of alliteration. Tired of being left at home while Peregrine the pirate socializes, his aunt and parrot companion set out to have a party of their own. The vivid illustrations are emphasized by a white outline, which adds to the electric feel of the story. From HORN BOOK 1992, (c) Copyright 2010. The Horn Book, Inc., a wholly owned subsidiary of Media Source, Inc. No redistribution permitted.

The illustrator of Mahy's 17 Kings and 42 Elephants (1987) joins the author for another ebullient story. Peregrine, a pirate, depends on an accommodating aunt who not only keeps his house but pours his rum and pets his parrot. Peregrine goes to parties but never invites his aunt (``You wouldn't enjoy pirate parties...The hullabaloo is horrendous!''). Undeterred, she mixes up a batch of ``rumblebumpkins'' and sends out invitations. Her friends don't come (it's a pirate's house, after all), but the parrots do, which attracts the neighbors; after a grand hullabaloo, his aunt leaves the mess to Peregrine and sails away on his ship with the parrots. The wordplay here is delightfully perky (lots of the words start with ``p''); the subtext, also typical Mahy, is witty, wise, and a bit wicked. McCarthy's batik- style, white-bordered art glows appropriately with the bright colors of the sea and of tropical birds. An entertaining tale, perfect for sharing. (Picture book. 4-8)
More book reviews at iDreamBooks.com