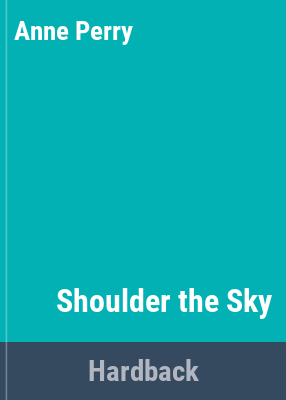 | World War, 1914-1918 -- Secret service -- Great Britain -- Fiction | Detective and mystery stories | Mystery -- Fiction | War storiesGenre/Form: Detective and mystery fiction. | War stories. | Detective and mystery stories. | Romance fiction.DDC classification: Summary: In April 1915 Joseph Reavley is serving as chaplain on the Front Line at Ypres. To Joseph's sector comes an ambitious and insensitive young war correspondent, determined to evade Government censorship and expose the horrors of trench life as he sees it. His great story will be the terible deaths of soldiers in the first gas attack. But before he can dispatch his piece, he is found dead in no-man's land and Joseph is forced to accept that it can only have been a British soldier who killed him. Still seeking the man behind his parents' murder, and to protect his sister Judith, also at the Front, from the pain of an impossible romance, Joseph must find the truth.
Tags from this library: No tags from this library for this title. Log in to add tags.
Fiction notes: Click to open in new window

It is April 1915 and the world is in the bloody throws of a war the soldiers had once hoped would be over by last Christmas. Now, in the rat-infested trenches on the Western Front at Ypres, nobody knows when the horror will end - and nine-tenths of the British Expeditionary Force are already dead.

Back in England, meanwhile, spring is in the air and most civilians have little idea of what their soldiers at the Front are enduring. Seeking to broadcast the truth, a young war correspondent for The Times called Eldon Prentice is gathering material to write a series of shockingly candid pieces. But then he is found dead in no-man's land - and it seems that the Germans are not responsible.

For Joseph Reavley, now acting as Chaplain at the Front, the event has uncomfortable echoes of his own parents' tragedy: the deaths are undeniably linked. Murder and censorship are the dark weapons being secretly employed behind the lines - but by whom, and what will the final cost be at this time of national crisis?

In April 1915 Joseph Reavley is serving as chaplain on the Front Line at Ypres. To Joseph's sector comes an ambitious and insensitive young war correspondent, determined to evade Government censorship and expose the horrors of trench life as he sees it. His great story will be the terible deaths of soldiers in the first gas attack. But before he can dispatch his piece, he is found dead in no-man's land and Joseph is forced to accept that it can only have been a British soldier who killed him. Still seeking the man behind his parents' murder, and to protect his sister Judith, also at the Front, from the pain of an impossible romance, Joseph must find the truth.

In 1915, British chaplain Joseph Reavley is horrified to discover the corpse of a hated war correspondent, clearly not done in by enemy fire. Second (after No Graves As Yet) in this mystery writer's acclaimed new World War I series. (c) Copyright 2010. Library Journals LLC, a wholly owned subsidiary of Media Source, Inc. No redistribution permitted.

In this excellent sequel to 2003's No Graves As Yet, bestseller Perry continues the exploits of the Reavley children, who lost their parents in a devastating car crash that proved to be no accident on the eve of WWI. The implications of that double homicide continue to dog Joseph, a military chaplain in the thick of trench warfare at Ypres; his sister, Judith, a volunteer driver/translator for the general in command of that front; and their brother, Matthew, an intelligence officer. While justice of a sort was meted out to the man directly responsible for the murder of their parents, the Reavleys believe a master manipulator and traitor they have dubbed the "Peacemaker," who seeks a radical alliance between king and kaiser to end the bloodshed, was the prime mover. When Joseph finds the corpse of an arrogant, bullying journalist in no-man's land, he soon realizes that a British hand was responsible, and that even in the midst of war's savagery, his conscience demands that he seek out the truth. This classic puzzle is nicely paralleled by Matthew's dogged search for the Peacemaker's identity. Perry cleverly resolves some plot lines while reserving the solution of others for future mysteries. Though her depiction of the ravages of war is not at the level of a Charles Todd, she does a superb job of bringing the grimness and waste to life, in a nice shift of gears from her two 19th-century historical series. Agent, Donald Maass. (Sept. 28) (c) Copyright PWxyz, LLC. All rights reserved

Adult/High School-In the trenches of Flanders, the Reverend Joseph Reavley goes about the task of trying to keep up the morale of the British soldiers, extending his duties to assisting in bringing men back from the barbed-wired and mud-mired "no man's land." When he retrieves the body of an egotistical correspondent, Eldon Prentice, every person who knew him confesses to being glad he was killed. However, it wasn't the Germans who murdered him, but one of their own, and Reavley decides to investigate. Perry's eye for historical detail masterfully places the main characters in settings exactingly correct for the era, whether London, the trenches, or the English countryside. The characters' emotions and thoughts capture the confusion, frustration, and determination of those fighting the war. Without describing too graphically the horrors of the front, the author presents memorable tableaux of a soldier, an ambulance driver, a doctor, a field nurse, and those in positions of leadership and trust. The murder investigation and espionage greatly enhance the action and interest in the complex plot.-Pam Johnson, Fairfax County Public Library, VA (c) Copyright 2010. Library Journals LLC, a wholly owned subsidiary of Media Source, Inc. No redistribution permitted.

With a title drawn from a poem by A. E. Housman, this picks up Perry's new World War I mystery-espionage series, which began with No Graves as Yet (2003). Here, Joseph Reavley lends his strength and commitment to battle-fatigued and wounded soldiers in the trenches at Ypres. Still large in his thoughts are the murders of his parents and the secret document his father was carrying to Joseph's brother, Matthew, an agent in Britain's Secret Intelligence Services. Strangely enough, the murder of a war correspondent covering the action on the front lines provides Reavley with a piece in the puzzle that surrounds his parents' deaths, which leads back to an individual known as the Peacemaker, who heads a conspiracy that threatens to change the face of the world. Questions about the morality of war resonate throughout this harrowing novel, which Perry has constructed with hallmark attention to period detail and sense of place. Her vivid evocations of the battlefield--the pain, the fear, and the extraordinary courage of young men who persevered to shoulder the sky --are unforgettable. --Stephanie Zvirin Copyright 2004 Booklist

Perry trades the stately homes of Selbourne St. Giles for the rat-infested trenches of Flanders in this foursquare sequel to No Graves as Yet (2003). The Reavley family, still devastated by the assassination of their parents, are now scattered as well. Judith and Joseph are in Belgium, Judith driving General Owen Cullingford's car and falling hopelessly in love with him, Joseph serving as a chaplain who manfully dispenses comfort to the remnants of the British Expeditionary Force. Back in England, Hannah and her tykes are anxiously keeping the home fires burning for her absent husband Archie, and Matthew, working with the Secret Intelligence Service, is trying to uncover the identity of the Peacemaker, the peace-at-any-price activist on whose orders the senior Reavleys were murdered. Matthew's assignment may sound the most deadly, but it's Joseph who sees the most action and has to deal with the most piercing moral problems. Joseph's troubles, already considerable because of the difficulties of persuading his wounded and shell-shocked fellow-Cambridgeshire villagers that God loves them despite everything they've seen and felt, are multiplied when he finds the body of Eldon Prentice, a correspondent whose pushy tactlessness had made him universally disliked--even by Gen. Cullingford, the uncle he blackmailed into giving him preferential treatment. Prentice has clearly been murdered by someone he trusted, and Joseph vows against stiff resistance to find out who. But how can he pick out the killer from a landscape that includes so many killers? And will Matthew ever identify the Peacemaker? An absorbing tale, ranging from Flanders fields to Gallipoli, in which the visceral horrors of war provide a better balance for the plummy periods of Perry's high-flown dialogue than Victorian England ever did (Seven Dials, 2003, etc.). Be warned, though: She's evidently saving the Peacemaker's identity for the third, or the thirteenth, entry in this new series. Copyright ©Kirkus Reviews, used with permission.
More book reviews at iDreamBooks.com