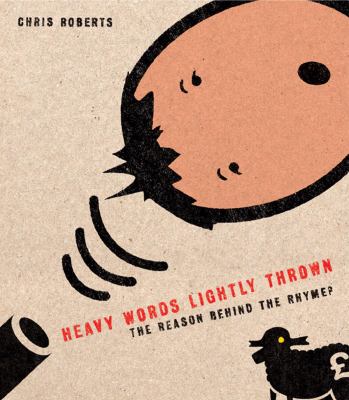 "A shorter edition of this work first published by F and M Publications 2003"--T.p. verso.

Humpty Dumpty was a cannon perched on a church wall in Colchester, England, and the cockles in "Mary, Mary, Quite Contrary" were actually cuckolds. These little nuggets and more appear in South London librarian Roberts's study of nursery rhymes, begun as a self-published project in England and now slated for a big push here. (c) Copyright 2010. Library Journals LLC, a wholly owned subsidiary of Media Source, Inc. No redistribution permitted.

A librarian by night and a London tour guide by day, Roberts deploys an informal style of scholarship to dazzling effect, transforming a catalogue of familiar nursery rhymes into a treasure trove of tantalizingly slippery archaisms, hidden etymological layers, arcane associations and buried meanings. Having explained how the Victorians sanitized nursery rhymes' traditionally earthy content, Roberts attends to each ditty separately, printing obscure variants and tracing historical references, from British constitutional history to bygone pagan customs. Unlocking the secret meanings of the past, Roberts also finds plenty of refreshingly straightforward modern-day analogies for the nursery rhymes-the chanted taunts of the average British soccer fan illustrate certain rhymes' original tone and purpose. In a fluidly digressive style, he debunks accepted theories and confidently asserts his own. His reading of "Hark, Hark, the Dogs Do Bark," for example, starts out by describing Elizabethan mass vagrancy, proceeds to anatomize 17th-century anti-Dutch sentiment and the etymology of the word "beggar," and winds up with a spirited commentary on New Age travelers. Roberts's intimate knowledge of London history is perfectly suited to his discussions of "London Bridge Is Falling Down" and "Pop Goes the Weasel." As any good historian of oral culture ought, Roberts intelligently admits that many rhymes have open-ended meanings subject to multiple interpretations. This is better than history lite-it's history made delightful. (Aug. 18) (c) Copyright PWxyz, LLC. All rights reserved

High-spirited and irreverent probe into the political, sexual and religious meanings behind nursery rhymes and childhood chants. Roberts, a British librarian and walking-tour guide who discovered that tourists relished his offbeat background tales, self-published a version of this book in 2003 in England. Then Granta published the expanded edition that--with a new preface and glossary--is the one at hand. Of the more than three dozen rhymes, only a half dozen or so--"Taffy Was a Welshman," say, or "Elsie Marley Is Grown So Fine"--will be unfamiliar to American ears, and, while Roberts's glossary does clarify British cultural references (rhyming slang, television shows, media personalities), he still assumes a general familiarity with British history. When rhymes have more than one story behind them, as many do, he attempts to sort out the various theories, keeping those with the most historical support. Thus, he reports that "Georgy Porgy" was more plausibly a satire on a gay prince regent of the 19th century than on a marquis in the 17th, and that the earliest written version of the rhyme had no George at all, but warned about the dangers of being too fat, beginning with the line "Rowley Powley, pudding and pie." Roberts also reveals the true identities and stories behind "Little Jack Horner," "Mary, Mary, Quite Contrary" and "Little Boy Blue," whjile "Ding Dong Bell" leads him to a discussion of cat symbolism and superstitions; in his take on "Ladybird, Ladybird," he introduces other folk beliefs about insects; and in "Goosie, Goosie, Gander"--he advises the reader that it's about prostitution ("goose" was a common term for a prostitute)--he takes the opportunity to talk about London brothels. More intent on entertainment than scholarship, Roberts has nevertheless packed into his little essays a large amount of choice information and fascinating trivia about British folklore, royal misbehavior and political skullduggery. Nearly half of every chapter's opening pages are decorated with sprightly silhouettes illustrating scenes from the rhymes. Great fun--for adults. Copyright ©Kirkus Reviews, used with permission.
More book reviews at iDreamBooks.com