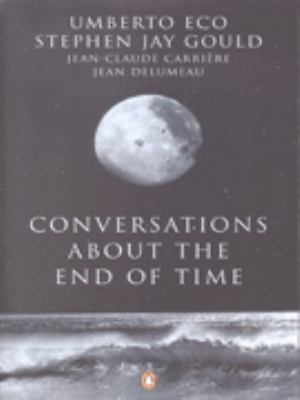 Conversations about the end of time

How has the Western world responded in the past to repeated claims that the end of the world is nigh? How do different religions understand what is ment by the end of the world? What have science and philosophy got to say about the end of time? Why do people suffer? What is hell? Is time cyclical or linear? These are just a few of the questions tackled by Umberto Eco, Stephen Jay Gould, Jean Carriere and Jean-Paul Delumeau in a series of conversations. Mixing the religious with the profane and the deeply profound with the humorous, the book explores anything and everything from the concept of time as embedded in language to the reasons why war become an industrialized phenomenon in the 20th century.

Translated from the French.