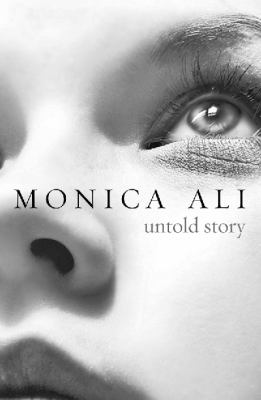 | Obsession -- FictionGenre/Form: Thrillers (Fiction) | Domestic fiction. | General fiction. | Alternative histories.DDC classification: Free Fiction Subject: Untold Story takes the life of the world's most famous woman as a point of departure, imagining a future and examining the nature of celebrity, the meaning of identity, and the need to find one's place in the world.
Tags from this library: No tags from this library for this title. Log in to add tags.

After a period of intense upheaval, Lydia settles in small town America and establishes a fragile peace. It is threatened by thoughts of what she has lost. She is, at least, safe in the knowledge - having altered her appearance and ten years after her death - that her secret will never be uncovered.

Untold Story takes the life of the world's most famous woman as a point of departure, imagining a future and examining the nature of celebrity, the meaning of identity, and the need to find one's place in the world.

In Ali's (Brick Lane) latest novel, Princess Diana has faked her own death and is living under an assumed name, Lydia, in Kensington, a small American town. She has four stock-character friends and a boyfriend to whom she can't commit, for fear of revealing her secret. Now, a paparazzo may have found her. The novel is narrated from three perspectives: Lydia's, on her life in the suburbs; a series of journal entries by Lawrence, Lydia's private secretary and accomplice, as well as correspondence between Lydia and Lawrence; and by John "Grabber" Grabowski, the paparazzo who made his name taking pictures of Diana. VERDICT Readers who are not already invested in the Princess Diana story will not have much to work with here. The lackluster character development and absence of tension make this a bit of a slog. As a celebrity novel, it is more successful. Fans of Diana may appreciate the bland character as it allows them to flesh out the Princess of Wales with their own ideas.-Pamela Mann, St. Mary's Coll. of Maryland (c) Copyright 2011. Library Journals LLC, a wholly owned subsidiary of Media Source, Inc. No redistribution permitted.

Ali (Brick Lane) tackles a juicy premise: what if Diana hadn't died. Far from a salacious romp, though, this is a (sometimes too) slow character study of a woman in extraordinary circumstances. Here, Diana-err, Lydia-has escaped her life as an ex-princess for a new one in the states. All the real details of her previous life-carefully researched and extrapolated from-are there, with one exception; having survived the car accident, she later fakes her death (by drowning) and finds her way, via Brazil, to America. She ends up, on a darkly humorous whim, in an anonymous everytown called Kensington, where she builds a quiet life with her dog, Rufus, a job at an animal shelter, and a tight group of friends. When a British paparazzo stumbles into her town, though, her new life is threatened. This tense development is almost a subplot, overtaken as it is by Lydia's emotional exploration-how she was nearing the edge before her "death," how unbearable but necessary it was for her to leave her sons, how she has matured and recovered over the years. The result is a very human rendering of a mythical woman who survives a tumultuous youth to find an aggressively calm middle age. (June) (c) Copyright PWxyz, LLC. All rights reserved.

*Starred Review* What if Princess Diana hadn't died tragically in Paris but instead had found a way to escape the unrelenting scrutiny she lived with on a daily basis? That question is the premise of Ali's new novel, which revolves around a fictional Princess of Wales whose life mirrors Diana's. Divorced from the prince, separated from her sons, and hounded by the paparazzi, Ali's princess fakes her own death with the help of her devoted private secretary, who is afflicted with an incurable brain tumor. Reinventing herself as Lydia Snaresbrook, the princess flees England for the U.S., eventually landing in Kensington, North Carolina, where she starts to build a life for herself. Though Lydia can't tell her friends or the man she is falling for the truth about her identity, she is on her way to finding happiness until a figure from her past shows up in Kensington and threatens to unravel the life she has grown to love. As it tackles Lydia's impossible dilemma and the toll fame takes on her, the story builds to a thrilling and rewarding finish. With the recent marriage of Prince William grabbing headlines, Ali's daring and engrossing new novel is bound to garner plenty of attention.--Huntley, Kristin. Copyright 2010 Booklist

Princess Di is alive and well and living incognito in an ordinary American town in this buzzy fourth novel from the British Ali (In the Kitchen, 2009, etc.).How did she do it? And why? Those are the biggest questions looming over this speculative fiction. Her movement from one life into another was orchestrated by her top aide and only true confidant, Lawrence Standing. He set up a safe house for her in Brazil, where she was spirited after a nocturnal swim from her yacht. Lawrence oversaw her plastic surgery in Rio and the paperwork for her new identity: Lydia Snaresbrook. As for her reasons, she feared "they" wanted her dead; the press was driving her crazy; most of all, her lifestyle was hurting her boys. This portrait of the princess jibes with the common perception. She was a bundle of contradictions: tough yet fragile; nave yet suspicious; narcissistic yet empathetic. To these Lawrence adds one moreleaving her boys was both selfish and "her greatest act of selflessness." Certainly she has been racked by guilt and longing for them in the 10 years since she left. For it's now 2007, and Lydia has found a comfortable niche in neighborly Kensington. She has her own modest home; a congenial job at a canine shelter; a rock-steady boyfriend, Carson; and three super girlfriends. They don't pry; she has a good cover story. Lydia is a tamer, emasculated version of the tempestuous Di. The novel has an awkward structure, but its real failing is that Ali has not drilled down into Lydia's essence. Is she capable of commitment? Unanswered question. By chance, or rather contrivance, there's a newcomer in town, Grabowski, a paparazzo, one of the Brits who chased Diana. Her extraordinary eyes give her away. Instead of a novel of character, we get the cheap thrill of a cat-and-mouse game, as Grabowski senses the scoop of a lifetime.Despite the bold premise, this gifted writer has, uncharacteristically, settled for less.]] Copyright Kirkus Reviews, used with permission.
More book reviews at iDreamBooks.com