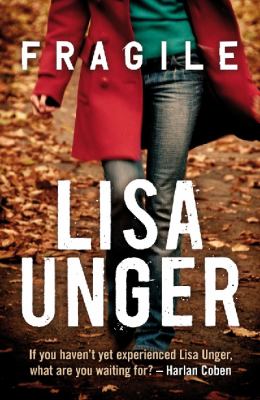 | Detective and mystery storiesGenre/Form: Domestic fiction. | Thrillers (Fiction) | Mystery and suspense fiction. | Detective and mystery fiction.DDC classification: Free Fiction
Contents:
Previously published: New York : Shaye Areheart Books, 2010.
Summary: Everybody knows everybody in The Hollows. As a child, Maggie found life there stifling; as a wife and mother she has happily returned to its insular embrace. When a teenage girl disappears, eerie parallels soon emerge to the abduction that happened when she was a teenager; in searching for the truth, Maggie exposes a long-buried town secret.
Tags from this library: No tags from this library for this title. Log in to add tags.

" A stunning new stand-alone psychological thriller from bestselling author Lisa Unger. A small towns secrets are exposed when a teenager goes missing in circumstances similar to another young girl's disappearance twenty years before. 'But how do you know he didn't hurt her ?' Jones asks his wife, Maggie anguished when their son's girlfriend, Charlene, vanishes. Eerie parallels soon emerge between this disappearance and the abduction that shook their community years ago. Maggie can hardly believe that her husband, a police officer, suspects Ricky of causing Charlene's disappearance. Ricky is his father's son in all the most important ways and she suddenly realizes that might be exactly what Jones fears. In a town where the past is always present, nobody is above suspicion, not even a son in the eyes of his father. Determined to uncover the truth, Maggie pursues her own leads into Charlene's disappearance and exposes a long-buried town secret-one that could destroy everything she holds dear. This thrilling novel about one community's intricate yet fragile bonds will leave readers asking, How well do I know the people I love? and how far would I go to protect them?"

Everybody knows everybody in The Hollows. As a child, Maggie found life there stifling; as a wife and mother she has happily returned to its insular embrace. When a teenage girl disappears, eerie parallels soon emerge to the abduction that happened when she was a teenager; in searching for the truth, Maggie exposes a long-buried town secret.

Twenty years ago, the murder of a young girl shook a small town in New York. Her classmates, now adults with children the age of the victim, are chilled when another girl, Charlene, disappears. The incident revives old fears, as some of the town's residents never believed the right man was convicted of the crime. The murderer must be someone they know, as both disappearances took place without anyone ever reporting having seen a stranger. In Unger's latest novel (after Black Out), psychologist Maggie Cooper and her police detective husband, Jones, work to discover the truth, as their wayward teenaged son, Ricky, having dated Charlene, is now a suspect. Verdict The compelling and true-to-life characters make this a great choice for mystery and suspense fans. Highly recommended. [See Prepub Alert, LJ 3/15/10.]-Linda Oliver, Colorado Springs (c) Copyright 2010. Library Journals LLC, a wholly owned subsidiary of Media Source, Inc. No redistribution permitted.

Set in the Hollows, a secluded town about 100 miles outside New York City, Unger's contemporary thriller offers solid entertainment, but lacks the tension of her 2008 stand-alone, Black Out. Psychologist Maggie Cooper and her husband, Det. Jones Cooper, disagree on how to handle their rebellious son, 17-year-old Rick, who prefers to spend time with his band or holed up with his girlfriend, Charlene Murray. When Charlene disappears one night after a fight with her mother, Maggie and Jones wonder if she ran off to Manhattan, but are reminded of the disappearance 20 years earlier of Sarah Meyers, whose mutilated body was found after she vanished on her way home from school. Though the alleged killer confessed, there are still unanswered questions, and Maggie and Jones find themselves forced to revisit the past as suspicion falls on Rick. Since the Hollows is so small, characters continually rehash secrets-and rumors-so that Unger relies too heavily on the community's interconnectedness to bolster her plot. (Aug.) (c) Copyright PWxyz, LLC. All rights reserved

History repeats itself in the cozy suburban enclave of the Hollows when a teenage girl goes missing. Charlene's disappearance strikes uncomfortably close to home for psychiatrist Maggie and her policeman husband, Jones, opening wounds that go back 20 years to when they, and Charlene's mother, Melody, were high-school classmates and Maggie's best friend, Sarah, was found brutally murdered. Jones and Melody carry a secret from that time, one that involves school bully turned town cop Travis Crosby. Now both Maggie and Jones' son, Ricky, and Travis' son, Marshall, are prime suspects in Charlene's disappearance; and while Jones harbors unsettling opinions about Ricky, Maggie knows other disturbing facts about Marshall. As tensions mount with each passing hour that Charlene is gone, the parents must face the truth about the teenagers they were if they are to help the children they themselves have raised. Unger's taut and edgy tale stealthily plumbs the depths of desperation that grow more dangerous with the passage of time.--Haggas, Carol Copyright 2010 Booklist

Several decades of small-town misdeeds come to light in Unger's latest thriller (Die for You, 2009, etc.).The Hollows is the kind of place where "your doctor was also your neighbor...the cop at your door had been the burnout always in trouble when you were in high school." So when self-dramatizing Charlene Murray vanishes after a fight with her mother Melody, everyone uneasily remembers the disappearance two decades earlier of perfect student Sarah, who turned up dead in the woods. Most unnerved of all is local cop Jones Cooper; it's clear from the novel's opening that he was somehow involved in Sarah's death. That may be why he's willing to believe that his son Ricky, Charlene's boyfriend, was the one who picked her up in a green car the night she left home. Jones' lack of trust infuriates and bewilders wife Maggie, a psychiatrist who knows there are plenty of kids in The Hollows more troubled than mildly rebellious Ricky. First and foremost among them is Maggie's patient Marshall Crosby, sinking into severe depression now that he's returned to living with his abusive father. Travis Crosby has been bounced from the police force after his DUI conviction, but he's still armed and dangerous, not least for his hold over Marshall, who is both deeply creepy and heartbreakingly vulnerable in Unger's multidimensional portrait. All the other anxious, guilt-ridden characters are painted in equally perceptive shades of gray. For a while it seems the author has planted too many dark secrets in her ploteven Maggie's elderly mother has something to hidebut gradually she pulls the narrative threads together in a rich tapestry of psychological wounds passed down through generations. The denouement is grim, but the final resolution of both missing girls' cases offers hope for the future. In the novel's most moving scene, Ricky offers his tormented father the understanding and acceptance Jones is shamed to realize he has never given his son.Cleverly plotted and emotionally engaging.]] Copyright Kirkus Reviews, used with permission.
More book reviews at iDreamBooks.com