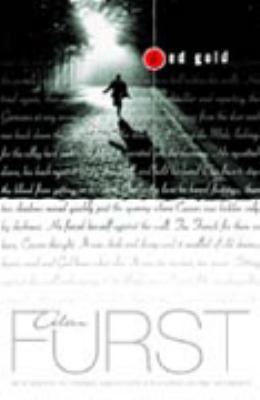 Film producer Jean Casson, has been reluctantly drawn into the dark world of espionage -- until he is discovered and forced to flee France. He returns to Paris under a new identity, knowing that for him nothing will ever be the same. As a fugitive from the Gestapo, he must struggle to survive in the shadows -- among the pimps and whores, anarchists and theives.

Veteran novelist Furst's second effort featuring former film producer Jean Casson is just as good as his first (The World at Night, LJ 5/15/96) and exerts the marvelous emotional pull of a world-weary postwar French film. The time is 1941; the place, occupied Paris. Reluctantly, Casson becomes involved in the French Resistance as an intermediary between feuding factions of partisans. An associate exclaims, "Well, Casson, you're in luck.... You may not have found patriotism, but it appears...to have found you." Communists and loyalists jockey for advantage against each other; no one trusts anyone. Casson is a wonderful character under pressure, outwardly cynical but intensely romantic at heart. An officer asks, "What's Casson like?" The response: "Intelligent, a good heart, some professional success, some failure." Comparison with Eric Ambler and Graham Greene is inevitable. A classy thriller, strong on mood and action; highly recommended. [Previewed in Prepub Alert, LJ 12/98.]David Keymer, California State Univ., Stanislaus (c) Copyright 2010. Library Journals LLC, a wholly owned subsidiary of Media Source, Inc. No redistribution permitted.

From the atmosphere established in his fifth novel's first sentence ("Casson woke in a room in a cheap hotel and smoked his last cigarette") to the knock on the door at the denouement, Furst again proves himself the master of his chosen terrainbehind the lines of Nazi occupation in France during WWII. His previous novel, The World at Night, opened in May 1940, with French film producer Jean Casson setting out to take newsreels of the defense of France's Maginot line and becoming swamped in the German invasion. It is now September 1941, and Casson, broke and hiding under a false name, is about to commit fully to the Resistance. As a man of indeterminate political affiliation, he's chosen to negotiate between the Resistance and the French Communists, who, with the German army on the verge of taking Moscow, have orders from Stalin to sabotage the Nazis in any way possible. The "red gold" SS looters try to steal in Russia is a metaphoric payment in blood, while in Paris informers are everywhere and collaboration is still rampant. Furst's textured plotexhibiting shifting loyalties and betrayals; lone, often hopeless acts of heroism; and lovers bravely partingmakes for spellbinding drama. (In one scene, a clandestine radio operator broadcasts a few moments too long, and hears soldiers' boots racing up the stairs to get him.) Furst, who deserves the comparisons he's earned to Graham Greene and Eric Ambler, seems to be settling into a franchise here, rather than reaching for the fire he caught in his third novel, The Polish Officer. Casson's story unfolds convincingly, however, and as it continues here to April of 1942, promises a few more episodes to come from this author's tried and true brand of masterfully detailed espionage. (Apr.) (c) Copyright PWxyz, LLC. All rights reserved

This sequel to The World at Night (1996) just may be better than its superb predecessor. Certainly, Furst has established himself as a modern master of WWII espionage: not since the doors were still open at Rick's Cafe Americain has the pungent smoke from Galoises cigarettes filled a room with such a heady mix of trenchcoated intrigue and romance by searchlight. It's 1941, and Jules Casson is back in Paris, on the run from the Gestapo and trying to stay alive without attracting attention. Drawn back into the resistance by an intelligence officer he knows from Dunkirk, Casson soon finds himself in the middle of an ill-advised plot to smuggle arms to the Communists. It all goes wrong, of course, as Casson and a Jewish girl he falls in love with struggle to tell the good guys from the bad. Sure, the Nazis are easy to peg, but what about all the warring factions of the resistance, competing over weapons, ideals, and claims to postwar glory? Their bullets, Casson realizes, kill you just as dead as the Germans' do. What makes Casson so appealing, and this novel so entertaining, is the way Furst refuses to let his hero off the hook; here's a resistance fighter whose cynical antiheroism doesn't evaporate in the last reel. Casson fights out of weary pragmatism, and he dreams mainly of a good meal and a decent glass of wine. What more could you ask of World War II espionage: all the romance, all the drama, but none of the mushy idealism as Casson, unlike Bogie, would get on the plane with Ingrid Bergman. --Bill Ott

More masterful, richly atmospheric WWII spy fiction sends Furst's despairing, dissolute, but delightfully resourceful film producer Jean Casson on yet another existential errand among the fiends and fanatics of the French Resistance. Having spied, loved, and lost in The World at Night (1996), Casson is spending the cold autumn of 1941 hiding out from the Gestapo in a sleazy Paris pensione, spending his dwindling pile of Vichy francs on sex and cigarettes. Fearing that his spiteful landlady may turn him in, he pawns his overcoat, falls in with a gang of makes a fortune selling a sack of stolen sugar, and loses everything at a decadent nightclub when he's robbed and beaten by gendarmes who, instead of tossing him to the Nazis, convey him to his former intelligence commander, DeGrave, now a Vichy bureaucrat. DeGrave wants Casson to dig up a few of his left-leaning filmmaking cronies to provide liaison between a group of Vichy officers, eager to subvert the Nazi occupation, and a fanatical group of Communist terrorist fighters, whose reckless bloodlust is doing more harm than good. Casson, sunk in Gallic funk, accepts because'well, he'd rather sleep in a better hotel. The Communists, supervised by a fearsomely intelligent fatalist named Weiss, come across as a mixed bag of trembling adolescents, cocky Jews, and violent thugs. Alas, Weiss won't take Casson seriously until Casson delivers to him a thousand machine guns, with ammunition. DeGrave agrees to finance the guns, and slyly gives Casson a reason to live by introducing him to Helene Shrieber, another wounded soul who beds him, then warily permits herself to fall in love. Despite the occasional history lecture, Furst's intricate exploration of a stylishly lethal war-torn Paris never fails to fascinate. Witty, inventive, distinctively French film-noir espionage, told with the terse brutality and jaundiced romanticism of Chandler and Hammett at their peak.
More book reviews at iDreamBooks.com