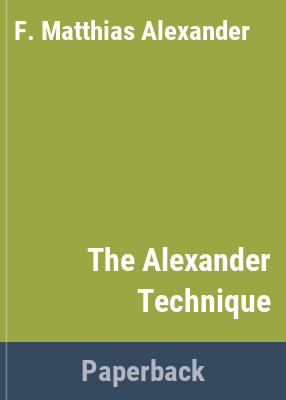 The Alexander technique : the essential writings of F. Matthias Alexander / selected and introduced by Edward Maisel.

Paperback edition of a collection of F. Matthias Alexander's writings selected and introduced by Edward Maisel first published in Great Britain in 1974 and subsequently revised with new material added in later editions. Alexander was an Australian twentieth century pioneer of psycho-physical disciplines. He developed the Alexander Technique - a revolutionary method of mind-body co-ordination. Includes a bibliographic note. The editor has been director of the American Physical Fitness Research Institute and is the author of the first Western manual of classic Tai Chi.